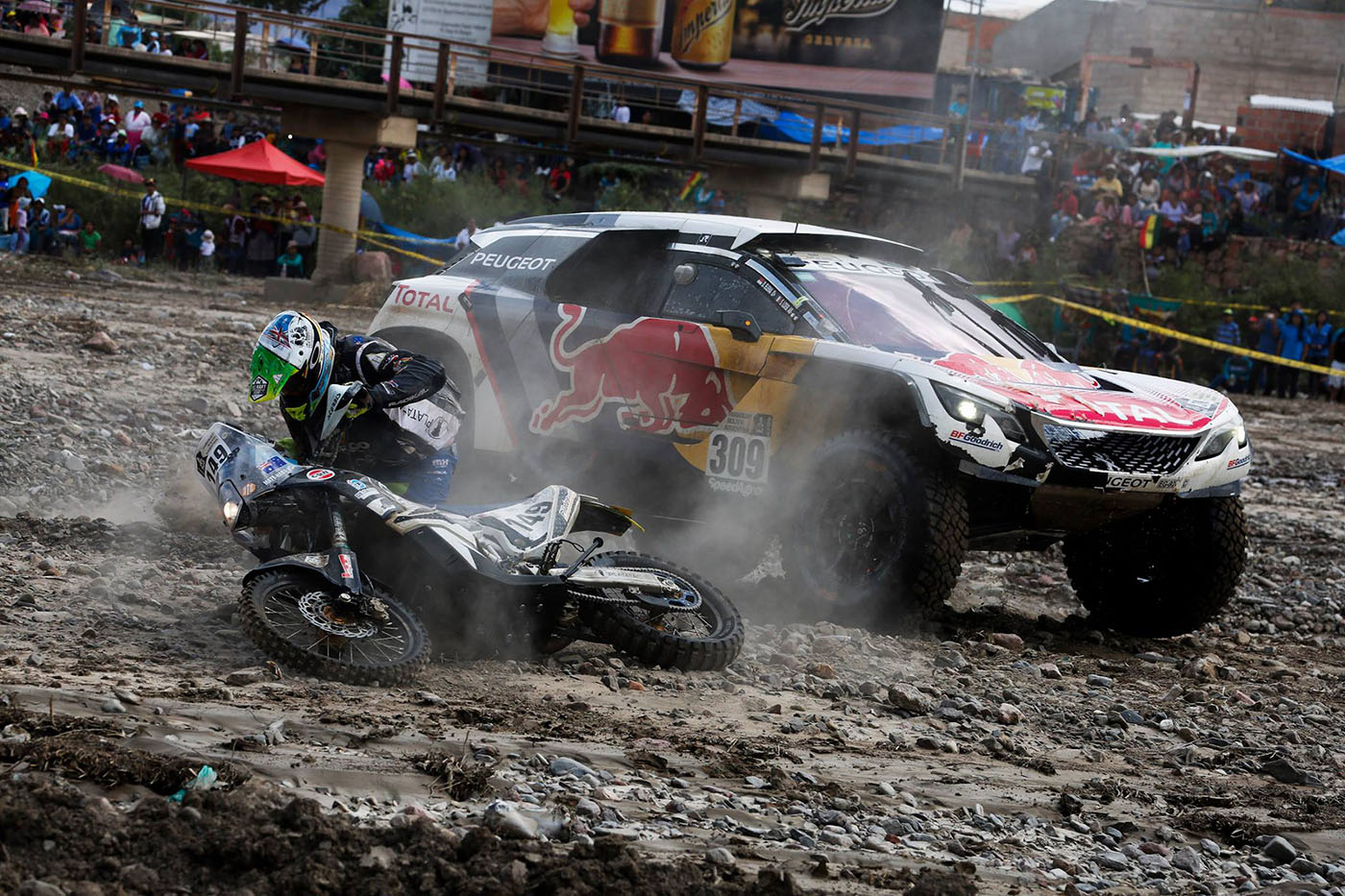 To view the video click the play button above.

Wow. Dakar 2017 is quickly turning into a soap opera. This is gonna take some concentrating on your part. The big news, Toby price is done. He’s out and finished and the ’17 Dakar will have a first time winner, again. Hunting from his position back in the pack, he was hauling ass. Barreda and him were battling for the win on the stage, riding a pace that only they could run and then bam. The Australian crashed and broke his femur.

In the end Mathias Walkner snuck a few minutes on the Honda rider and claimed the stage win. It’s his second stage win ever, but more importantly Joan Barreda still finished second on the day. That moved the Honda rider a ridiculous 20 minutes clear of the next person in the GC. The race was Honda’s to lose and in the very same space of a single day, they threw it away.

Every Honda rider, on both the HRC team and the South America team got penalised 1 hour. Why? I hear you cry? This must be a fix. Nope, Honda, according to the organisers fuelled in an illegal spot and therefore broke the rules. In the space of minutes Honda went from being 20 minutes clear to 40 minutes down. Was it intentional? Probably not, but it happened and they got punished accordingly.

Honestly, the Japanese factory are probably lucky the punishment wasn’t bigger. At least, from 40 minutes back, it’s entirely feasible for Joan Barreda to win. After all, he did take more than 20 minutes in two stages over his rivals and we’ve still not reached the rest day. Add in the fact that Barreda is probably the fastest guy, has easily the most stage wins and we could still yet see a red bike on the podium.

As it is, Pablo Quintanilla sits at the sharp end, with Walkner and Stefan Svtiko very closely in tow. Fourth is Sam Sunderland and Spaniard Gerard Fares. The event is blown open and right now anything could happen.

Other Video
Gallery
Did you like this article? Brake is an independent magazine, producing free content online. We aim to make detailed, honest, quality content. The downside being that it comes at a cost. If you would like to support our reviews and travel stories, you can do so for a little as the cost of a coffee. Thanks for reading!