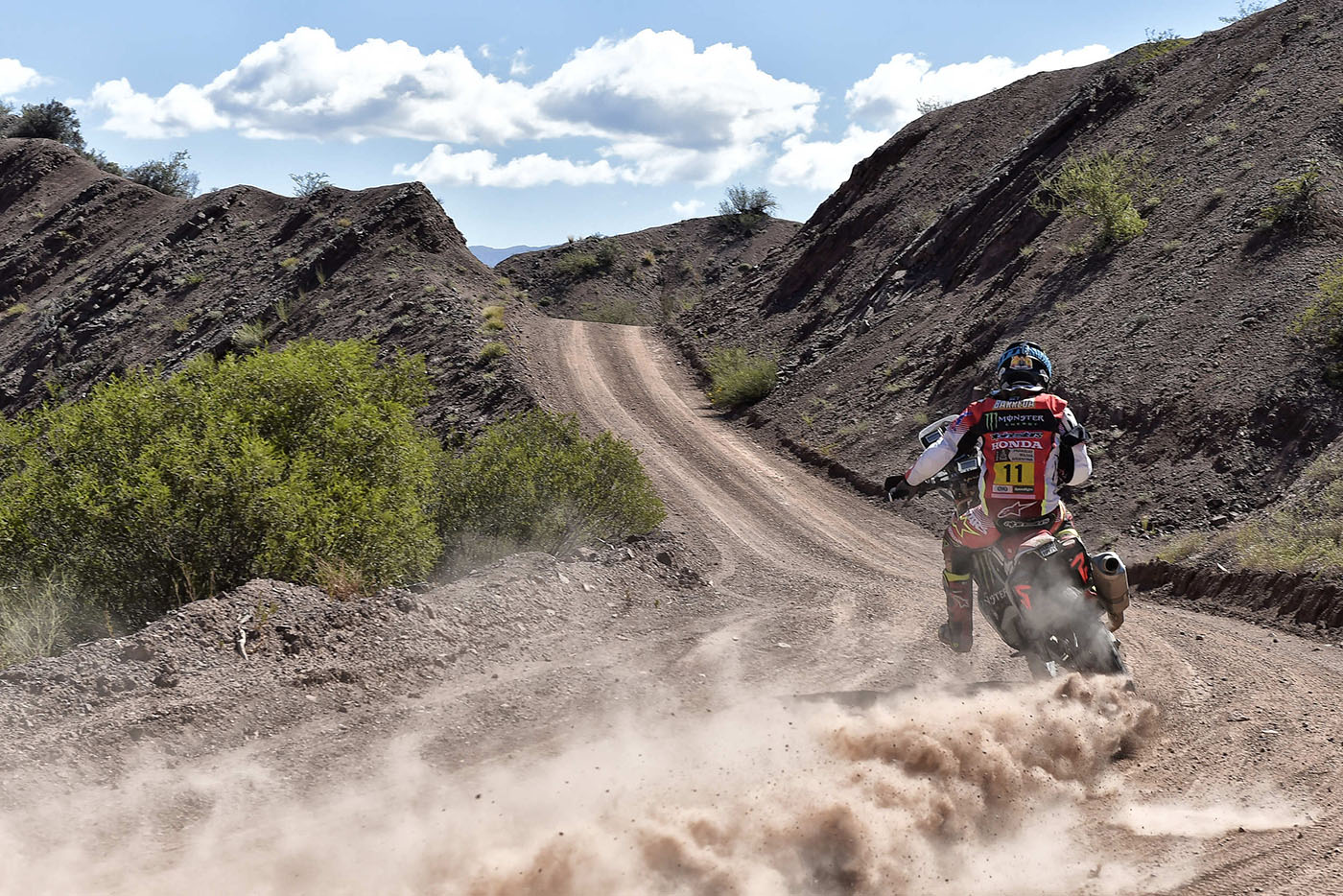 To watch the full TV show click the play button above.

Sam Sunderland is now one real stage away from winning Dakar. It’s that close. No Brit has ever taken the title. Not in a car, not on a bike or a quad. Yet, Dakar 2017 is not over.

If any stage was here to prove that, it was stage ten. It proved to be a day when the new navigation rules played havoc with navigation and the lead riders. Footage reminiscent of African Dakar, with the lead riders heading in all directions and struggling in the hot canyons and river beds.

It was hard, hot and tough just as Dakar should be. It also saw some crazy stage results across the day, with Honda’s Michael Metge initially running out the stage winner. That was stripped when he was handed an hour penalty for missing a waypoint.

The big talk was, other than that, the surprise results. Firstly, Stefan Svitko had an incredible day, sweeping to second place. He then collapsed, due to heat exhaustion but will start that eleven.

Really, the big awards for great riding go to Ondrei Klymciw and Adrien Metge. The too riders broke the top 10 with 9th and 7th respectively. It was impressive stuff. Even more impressively, despite his horrendous struggle with the nav at the start, Sam Sunderland kept his cool and didn’t shift any more time after the first CP. Walkner pulled five minutes on him, but in essence it was another extremely mature response to a problematic situation.

The final big new in the fight for the GC was the departure of Husqvarna rider Quintanilla. The was looking good until he crashed and damaged his bike, forcing him to retire from the event. The overall now looks rather incredible.

In the privateer segment, four out of the five Brits dragged themselves across the finish line. Sadly for Kurt Burroughs the event is over. On what has proven to be one of the hottest, toughest stages of the race he was apparently removed from the race by the medical team due to exhaustion. The Dakar medical crew are renowned for their patch you and send you out attitude and so his departure wouldn’t have been without reason.

Videos
Gallery
Did you like this article? Brake is an independent magazine, producing free content online. We aim to make detailed, honest, quality content. The downside being that it comes at a cost. If you would like to support our reviews and travel stories, you can do so for a little as the cost of a coffee. Thanks for reading!