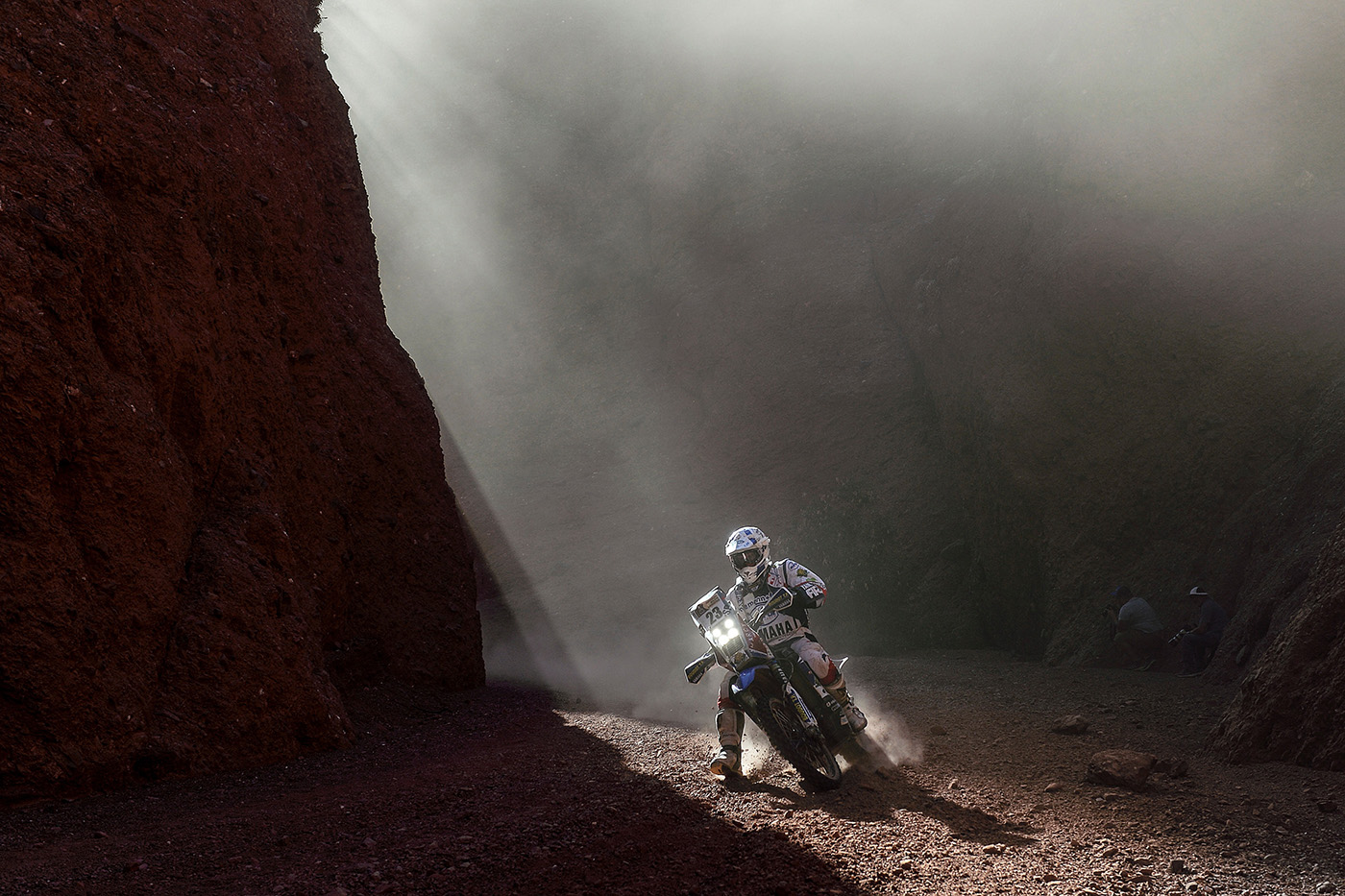 400km of dirt, snow, hail, 5000m altitude and tough navigation. That’ll be just another day at the Dakar office then. While the main GC race will be the talk on most people’s lips, especially as Joan Barreda made the point of reminding everyone he plans on winning the race, the talk of the day should be with the privateers and Sam Sunderland.

We might only be three days in, but the Dakar is doing a greta point of proving that it’s really, really difficult. Menawhile, Sam Sunderland is starting to prove that he has matured. We’re three days in and the likeable, seriously fast Brit is proving that he has made the changes we always hoped he would. Fast, few mistakes and now lying second overall after three great stage finishes. His standing will be outshone but a ridiculous 13 minute win by JB and his Honda, but can we have a round of applause for the Englishman? Fingers crossed he keeps things upright and not lost.

Really, it was the new navigation system that screwed everyone today. The smaller, harder to find waypoints left folk riding in circles, as you’ll see in the video of Gerard Fares below. Barreda got it right, Price got it wrong and that’s how it sits currently. It won’t stay like that, definitely not, but currently things are looking red.

The privateer front is however proving to be a different story. It’s always worth keeping in mind, that whatever looks hard for the factory guys is multiplied immensely for the normal humans in the field, the Kurt Burroughs, Dave Watsons, Max Hunts and Lyndon Poskitts. They’re on the edge. For Kurt and Dave, they snuck in before the 7:00pm stage cut-off. For Lyndon, he’s still gotta work on his bike all evening in the altitude. And today they race 400km on the dirt, at over 3300m across the Bolivian border.

Below we’ve put some of the best extra coverage we could find. Watch and enjoy.

To view the images in full screen, click on one and scroll through with arrows on a keyboard or swipe on mobile.