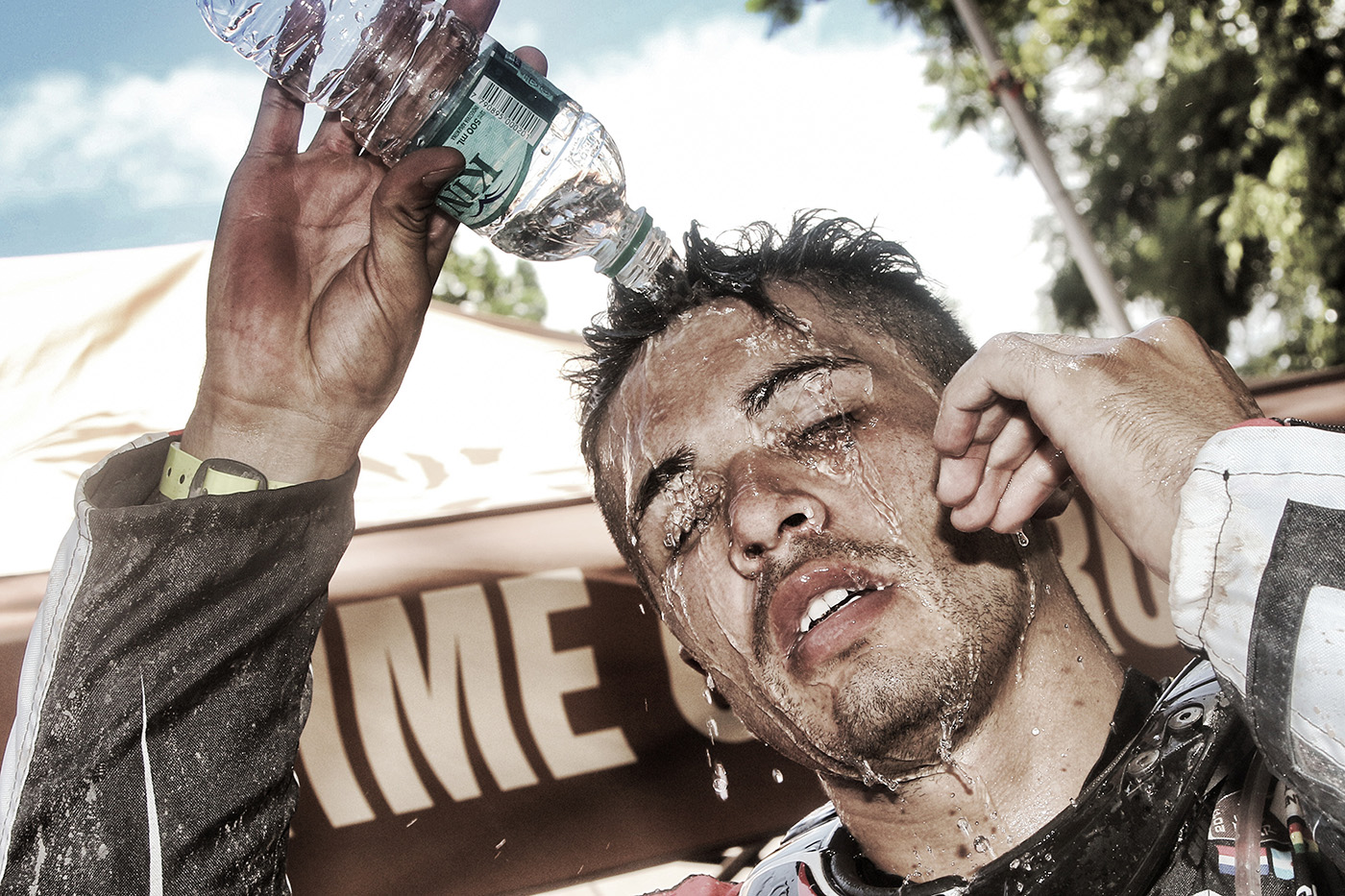 To view the video, click the play button above.

Day two was the first real stage of the rally and what a beaster it was. 280km of racing with some monster liason, brought the day’s total to just a tick over 800km. The quick stage, was coupled with some more savage Argentine heat, something that’ll quickly begin to wear people out.

Toby Price is fairly fast on a motorcycle ain’t he? Averaging just around 110km/h on the satge saw the Australian run out a comfortable winner. All in, it’s proved a mighty smart move. He sits top of the GC by a fairly comfy margin. Second on the day was his fully fast, likeable Austrian teammate Mathias Walkner and the perpetually unlucky Paolo Goncalves. Walkner was later slapped with a five minute speeding fine and bumped to eight. Goncalves then claimed second and Xavier De Soultrait claimed third.

On the news front, things are straightforward. Yamaha’s best rider so far is the non-factory Xavier De Soultrait, Barreda had a bit of nightmare and all the British privateers seems to be doing might fine. Sam Sunderland is going fast and keeping his nose out of trouble. He sits an awesome third in the GC after taking fourth on stage two. Lyndon Poskitt, as far as we can tell, is leading the Malles Moto by a whisker. Max Hunt, brother of factory mini drive Harry Hunt, is rocking along in a hugely respectable 68th place, followed by Kurt Burroughs in 103rd and Dave Watson in 107th.

Over the last few years, the organisers have taken to given a collection of privateers cameras and letting them loose. Lyndon Poskitt has one of those cameras and is featured heavily in the video below. Enjoy.

To view the images below, click on one and then scroll through.