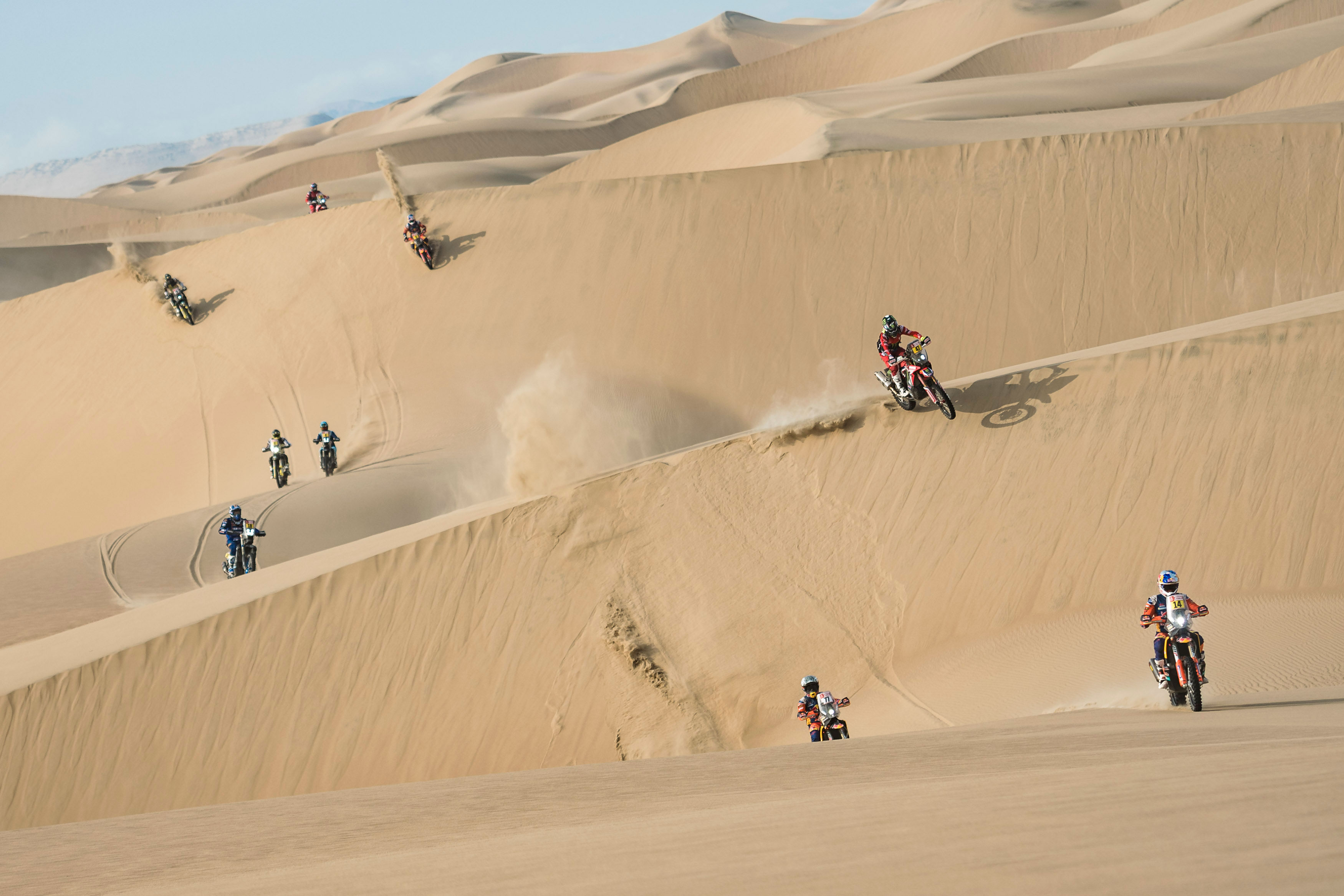 Dakar 2019 was an incredible event. From a spectator perspective it completely captured us and all the pre-race chatter about the short route and lack of travelling we’re negated by the fantastic back and forth racing.

As the race grew and it looked like Honda had it sewn up for their first win since the 80’s, until the Dakar curveball caught us unaware. In the space of a four hour stage, the whole event turned on its head. The Honda of event leader Ricky Brabec went bang, the rule bending of Kevin Benavides scored him a three hour penalty and suddenly it was a fight between KTM, Husqvarna and the lone Yamaha of Adrien Van Beveren.
That Yamaha only lasted one more day before a thermostat failure ended Van Beveren’s chance of victory. It meant for the first time in years the final stage of the Dakar meant something. Going into that last stage one minute separated the top two and six minutes the top three. 100km of wide open racing would decide the whole event.

“In the end it was KTM that ended up taking the full podium, with Toby Price the winner.”

In the end it was KTM that ended up taking the full podium, with Toby Price the winner. We sat down once more to run through the drama of the entire event, address the key points and provide some insight into the technical elements surrounding the penalties and rule changes.

Once more Dakar has been glorious to us. ‘Till next year.>
PS – If you want to listen to an awesome podcast with Dakar winner Toby Price, watch the video below..
Did you like this article? Brake is an independent magazine, producing free content online. We aim to make detailed, honest, quality content. The downside being that it comes at a cost. If you would like to support our reviews and travel stories, you can do so for a little as the cost of a coffee. Thanks for reading!