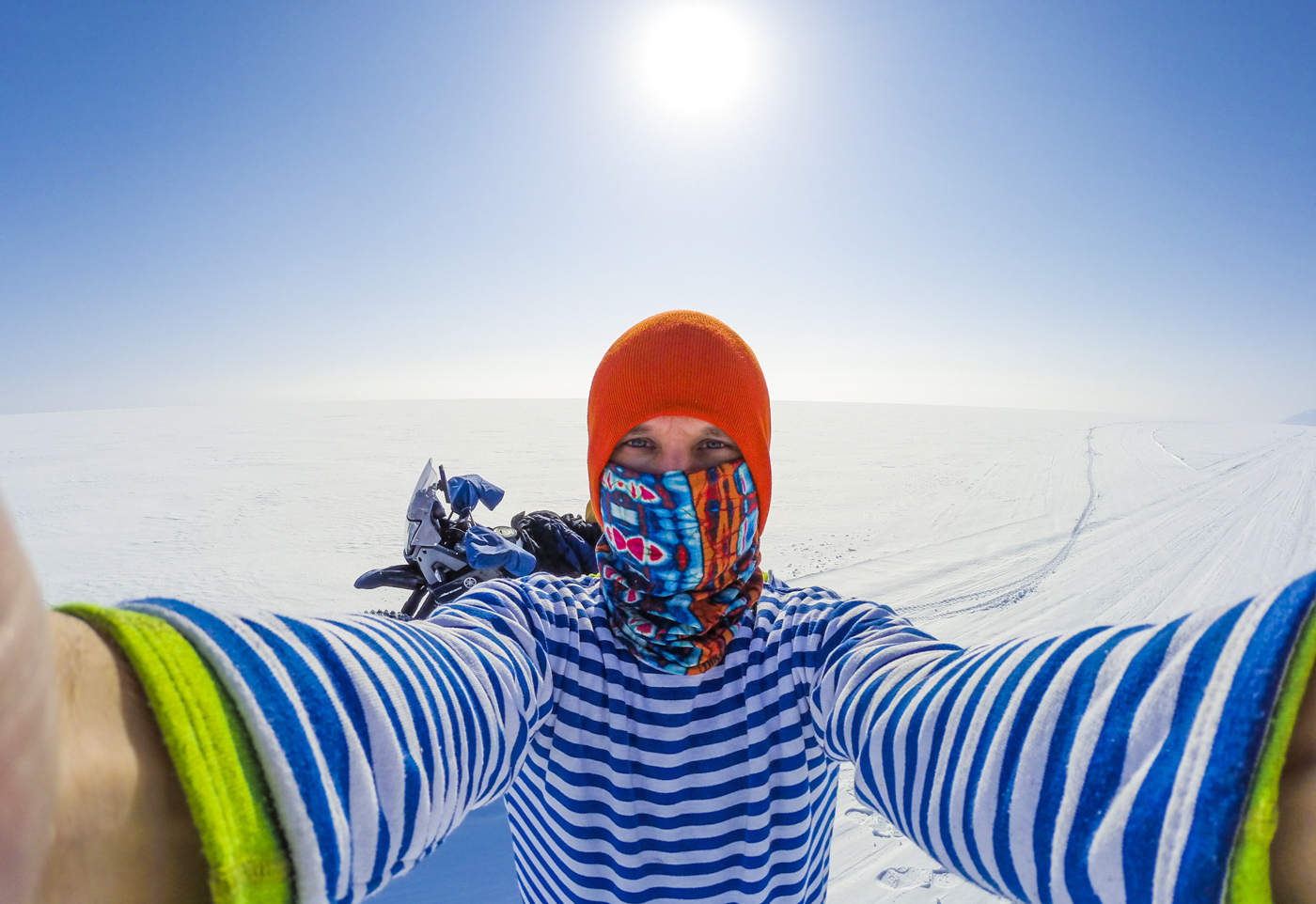 Feature – The One Life Lesson We All Need

Liora Malts
Contributor
Typically found barefoot by bodies of water, and likely loudly belting incorrect lyrics to the accompaniment of various air instruments, Liora has been bred for adventure. Though motorbikes are her chosen mode of transportation, she isn’t opposed to any other methods that may ultimately get her to new places, new people, and new experiences.
“It isn’t impressive when someone does it on TV; it’s impressive when a neighbor does it.” We see this all the time. We are constantly surrounded by stories of people attempting fantastic feats and achieving incredible results in their pursuits. Our environment is saturated with the accomplishments of others; athletes, celebrities and complete strangers. Admittedly, we’re impressed. People doing incredible things is inherently impressive. We are enamored with the perceived few that are able to succeed in the daring or skillful acts that we wish we would allow ourselves to attempt, but don’t.

I caught up with Karolis whilst he was on a camping trip with his three young kids and his wife, to discuss his recent solo trip to Lake Baikal. What interested me more than Karolis’ trip, was his motivation behind taking it, and his approach in doing so.

“Why no tools? “I am not a mechanic, what would I do with the tools, even if I had them?”

If we examine just the facts, it looks like your run of the mill adventure story. Man packs bike, man travels to remote location, man rides bike through said location, man (and bike) somehow survive; que the shock and awe from the crowd. But this is not the story here. Let’s break it down further.

Lake Baikal, located in southern Siberia, is the largest freshwater lake by volume in the world, stretching roughly 643km across Siberia. With a maximum depth of 1,642m, it is the world’s deepest lake, containing 22-23% of the world’s fresh surface water. With this region’s temperatures fluctuating between an average of +17 C in the summer, and -25 C in the winter, the lake only remains frozen during the months of January through late May/ early June. With it being famous for its pristine clear water, the lake is truly a marvel to behold in its frozen state.

When I asked Karolis how he had chosen this particular location for his ride, his answer was somewhat surprising. He did not choose Lake Baikal for its reputation, or even for the beautiful scenery. He says he had seen it once before and though it seemed to have an undeniable energy, “the destination was not the goal”. What was the goal? Karolis says that his purpose in this adventure was the meditative state that he achieves through extended rides. “To me, this is the same as any other meditation that someone might do in the morning” he explained. The location in which he does it, really does not make much of a difference.

Why then would someone that has very limited experience riding on ice, choose to venture on a solo 765km, 7 day journey through an exclusively foreign terrain? Karolis says that his lack of experience adds to the challenge, and the challenge adds to his meditative state. After this revelation, he candidly admitted that with studded tires, he doesn’t find there to be anything all that different about riding ice from any other kind of terrain. This was the first time during our conversation that I got the sense that Karolis has a bit of a naïve sense of faith in his circumstance, and abilities; though my impression would take a slightly different hue by the end of our talk.

Upon learning of Karolis’ very limited experience with winter riding, I assumed that he put a lot of preparation into this trip, only to be surprised yet again. He brought his Yamaha XT660Z, with the only real modification being studded tires. After speaking to some of his friends in Finland, “who are far more accustomed to riding in colder temperatures”, he decided to avoid any electrically heated garments and opted into bringing a whole lot of wool instead. “Wool will not break”, he said. Karolis’ then went on Google to do some further research, before deciding that there really is no point, and “he just had to go do it”.

He did not bring camping gear, a satellite phone, a chase truck, or really any tools. Once again, I was left thinking that this all sounds rather foolish. What would he do if something went wrong? How would he call for help? How would he fix his bike, had it been damaged in one of the numerous falls he says he had during his trip? These are all questions that I had from going into this interview expecting the typical “man and bike brave the elements” story that I outlined for you earlier, but Karolis really opened my eyes to his reality.

In the summertime, Lake Baikal is a resort town. This means that its shore is far more densely populated than one would think it’s apparent remoteness. The lake is lined with stores, motels, private residences; it was entirely possible to find a place to stay without making prior arrangements.  This is exactly what he did. Karolis rode the circumference of the lake, ensuring that the shoreline was always in sight. He would wake up early, and get to his next destination along the coast by early evening to avoid any issues with finding a place to stay for the night. As Karolis speaks fluent Russian, he had no issue communicating with the locals. He always had a full breakfast (“their fish is fantastic!”), and a warm meal at supper.

Karolis explained that he did not bring any camping gear, because he had no previous experience with winter camping; as camping really wasn’t necessary, he did not think that this particular trip was the right occasion for him to start learning (I guess learning to ride on ice was quite enough this time around). As for the satellite phone, Karolis said he really felt he had no need for it. Who would he call? Besides, he explained that he had a cell phone with three sim cards, and he was always within walking distance from the shore. He was entirely sure that any issue’s he encountered, he would be able to come up with a solution for himself.

Why no tools? “I am not a mechanic”, Karolis said, “What would I do with the tools, even if I had them”. I asked Karolis what kind of reaction he had from the locals upon reaching the checkpoints along his route, expecting to hear of their shocked faces and amused wonder at this crazy guy taking a nice March ride on a motorcycle over their frozen lake. Karolis explained that the lake actually has quite a bit of traffic on it. People walk on it all the time, ride skis, and actually, there are fisherman that ride their motorcycles out on to the lake in order to catch fish fairly regularly. Though they were not accustomed to seeing someone doing it as a means in itself, in short, the locals were not impressed.

When I heard this, I realised that the question of a chase truck truly would look somewhat odd – do the local fisherman venture out with an entire brigade every time they go to catch their dinner? No. I imagine they take their rattling 250cc beast from the early ‘90s, and attempt to stretch its last legs just a little bit further; struggling to work their clutch with their catch of the day tucked beneath both arms and draped over their wool cladded shoulders. Karolis was right, perhaps a chase truck would’ve been a bit absurd.

The truth is, Karolis is a regular guy. He is Joe the accountant from across the street. He lives in Lithuania with his wife and kids, and when asked what he does outside of his hobby, he said “we live”. Though he has ridden bikes in one way or another since his preteen years, he is no professional. He has not had extensive training, or any rally or race experience. He does not have the means to make destinations his goal, or to outfit his bike for any given occasion. “I am a budget rider”, he says.

What Karolis has above other regular guys, is a resounding faith in his ability to overcome obstacles, and the capability to see through the seemingly impossible veil that envelops adventure rides like this. He understands the scope of his knowledge and skill, but does not shy away from the challenge as a result of it. Karolis says that throughout the entire experience, from the preparation to the actual riding, of course fearful thoughts have entered his mind, but “there is no space to listen to this bullshit”.

As he explained, there are different channels of thought that are constantly going through one’s head, but you simply need to know how to switch to the right one. It is an ongoing learning curve, and you don’t have to be an expert to succeed in this sport. On his next trip, Karolis intends to up the ante and plan a trip that requires for him to camp, as an extended challenge. Karolis parting words of wisdom are “If I can do it, you can to. Leave your big ‘if’ at home”. Where can you expect to see Karolis next? Who knows, the destination doesn’t matter.