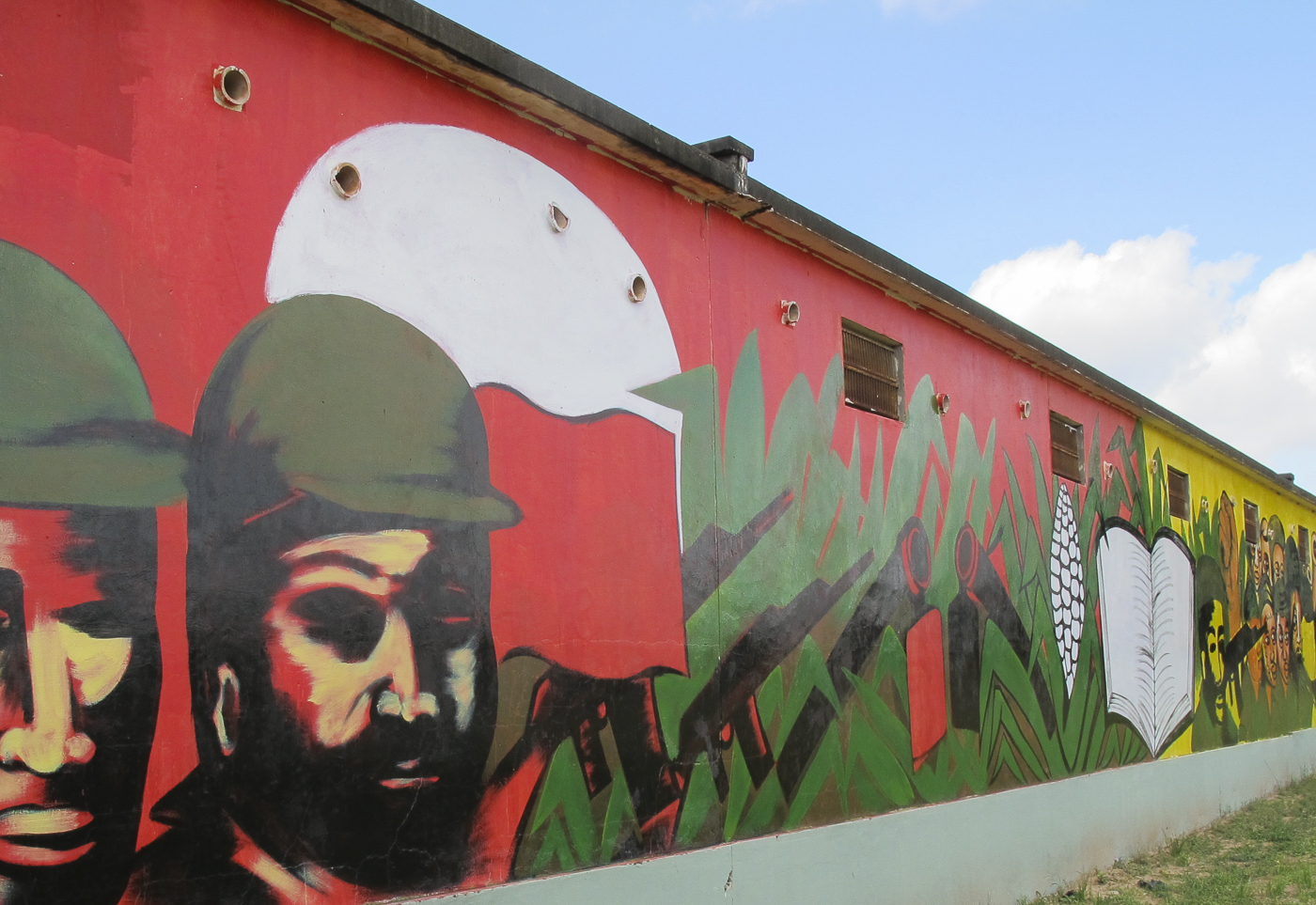 It was a normal day in the office. Hot, sunny and dusty, playing at being an adventurer, meandering across Africa on my BMW GSA being continually reminded how lucky I am as I pass through villages with happy people waving and smiling.

This was my seventh year of leading adventure motorcycle tours in Africa. I wasn’t complacent, but I was pretty comfortable with my surroundings and could click into the TIA (This is Africa) mode, without feeling frustrated, stressed or out of my zone.

As a ‘guide’ my role is pretty varied. Informative and knowledgeable about the region’s flora and fauna for sure, but I also want people to have a great time and experience the things that I have – experiences that make you fall in love with that “Dark Continent”. But I suppose my ultimate responsibility is to keep everyone safe.

We’d had a challenging day in Mozambique. Our road ahead was closed by the military due to some ‘incidents’. There was a strong military presence and instinctively, (call it women’s intuition!), I knew there was danger and being surrounded by lots of young men with guns, grenades and rocket launches confirmed that.

“Excuse me, mate” I said to the uniformed guy on the back of the Toyota pickup. He put down his Kalashnikov, swivelled his seat around from behind the 50-calibre machine gun and raised his mirrored sunnies. His eyes were bloodshot, his teeth whiter than me – but sharper. “What do you want Papa” he asked with a broad smile as he jumped down to ground level, his colleagues all watching as he flicked his Manchester United baseball cap on sideways. He looked like he’d had a starring role in ‘Black Hawk Down’ and I remembered that that film didn’t really end that well for the white guys!

He was practically unarmed, apart from the Browning 9mm pistol, a string of grenades and a machete strung around his shoulders. Earlier that morning I’d already done 30 press-ups, refused a full English, going instead for the fruit and cereal and had a Berocca. That morning I was as toned as Madonna and sharp as a ninja on methadone, and in no mood for being messed around.

“We need to get through. We have a group of 25 motorcyclists and a support truck” I said. “What’s the problem?”

“It’s election time and some people have been shot along that road my friend. There are many dead bodies in the valley. You’d better turn around and go back, it’s very dangerous Papa”.

I explained to him that I was British; that we had hotels booked and was on a rather tight itinerary. Did he realise that these were high net worth individuals? On a schedule! As for the ‘Papa’ reference – I decided I’d let it go, this time!

Come with me he beckoned, again his face in a big smile. I remembered my training about ‘difficult’ dangerous situations but I wasn’t sure whether to act dumb, scared or to snatch the Kalashnikov and fight my way out. He introduced me to a very smart, articulate senior ranking officer, possibly a general, whose medal collection draped over his chest. He had everything except a Blue Peter badge.

In a very calm way, the ‘General’ explained to me what happens to your body when it gets riddled with 7.62 calibre rounds from a Kalashnikov, while in return I explained to him that if Bill Shankly were still manager of Liverpool, the southerners like Chelsea and Arsenal would be screwed! It was on that football fact that he became my friend. We got the map out and he showed me where his secret ‘hidden’ troops were positioned along the dodgy road ahead and we came up with a plan.

The deal was that each group of soldiers would radio in on the progress of our convoy as it moved along Death Valley. If things went wrong, he’d send in the helicopters.  In return for this support, I’d send him David Beckham’s autobiography and my Liverpool FC beermat collection, dating back to 1975. It was a done deal and off we went, onward into the valley…

Seventy kilometres later, our group were high fiving, hugging, kissing and doing selfies having completed the road of doom without incident. Onlookers would think we’d just returned from a covert mission into Syria or we were on a Gay Pride march – not sure which. We were all happy to be in one piece. My phone rang – it was the ‘general’. “So, about these beer mats Englishman…”