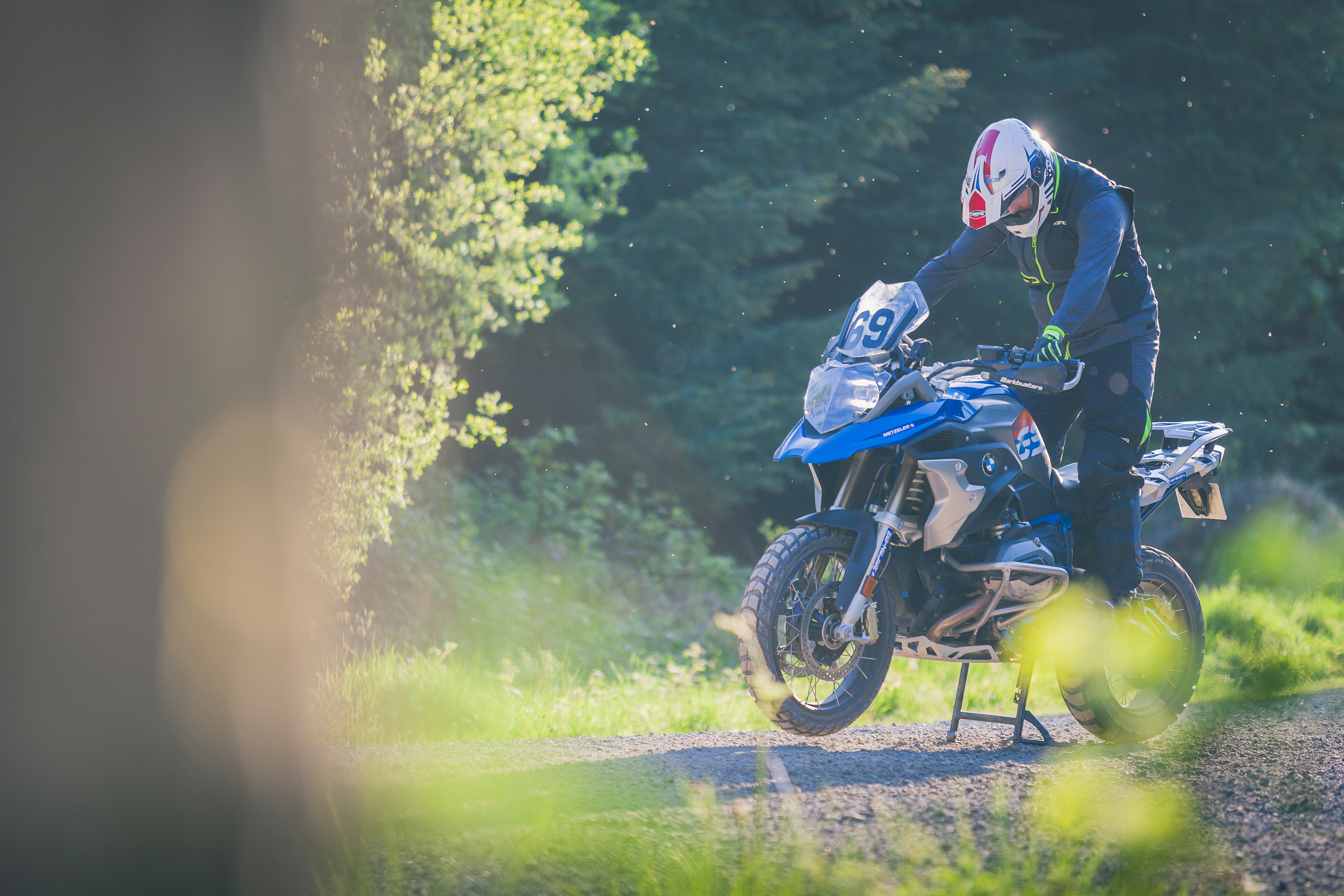 How To – Get A Bike Off The Centre Stand

To get a bike of the centre stand gracefully and in control every single time is a complex thing. It’s the one time big bikes feel especially heavy, so we’ve brought you three really simple ways to get the job done every single time.

Method one is quite simply the reverse of putting a bike onto the centre stand. The most common struggle with coming off the stand, is the bike falling away from you as the stand flicks up and the suspension compresses. To counter that we use the centre stand arm to control the descent of the bike and put weight toward us. It’s a much more controlled way, especially if you’re bike is big or loaded with luggage. Remember to have a hand on the handle bar and another at the rear of the bike. Use the hand at the rear to pull the bike forward and only add pressure to the stand once the bike coming down.

Method two sounds scarier but is very comfortable once you’ve got your head around it. The idea is that we force the bikes balance toward us by rocking onto one arm of the centre stand before pushing off. Rock the bike toward you and find the balance point so it’s not hugely heavy. Once comfortable, lean your body forward and rock the bike off the stand. It looks scary but it works brilliantly.

The last method is to ride it out. This requires a little timing and skill. We’re going to use our body weight to rock the bike backward until the rear wheel touches the ground, before throwing weight forward. You’ll need the engine running for this and the bike in gear, so that as the rear wheel touches the ground you can feed the clutch out and roll away in total style and control. It’s surprisingly simple to do once you get over the first little fear hurdle.

Hopefully that helps just a little. Jot some suggestions for the next tip below and we’ll pick one.