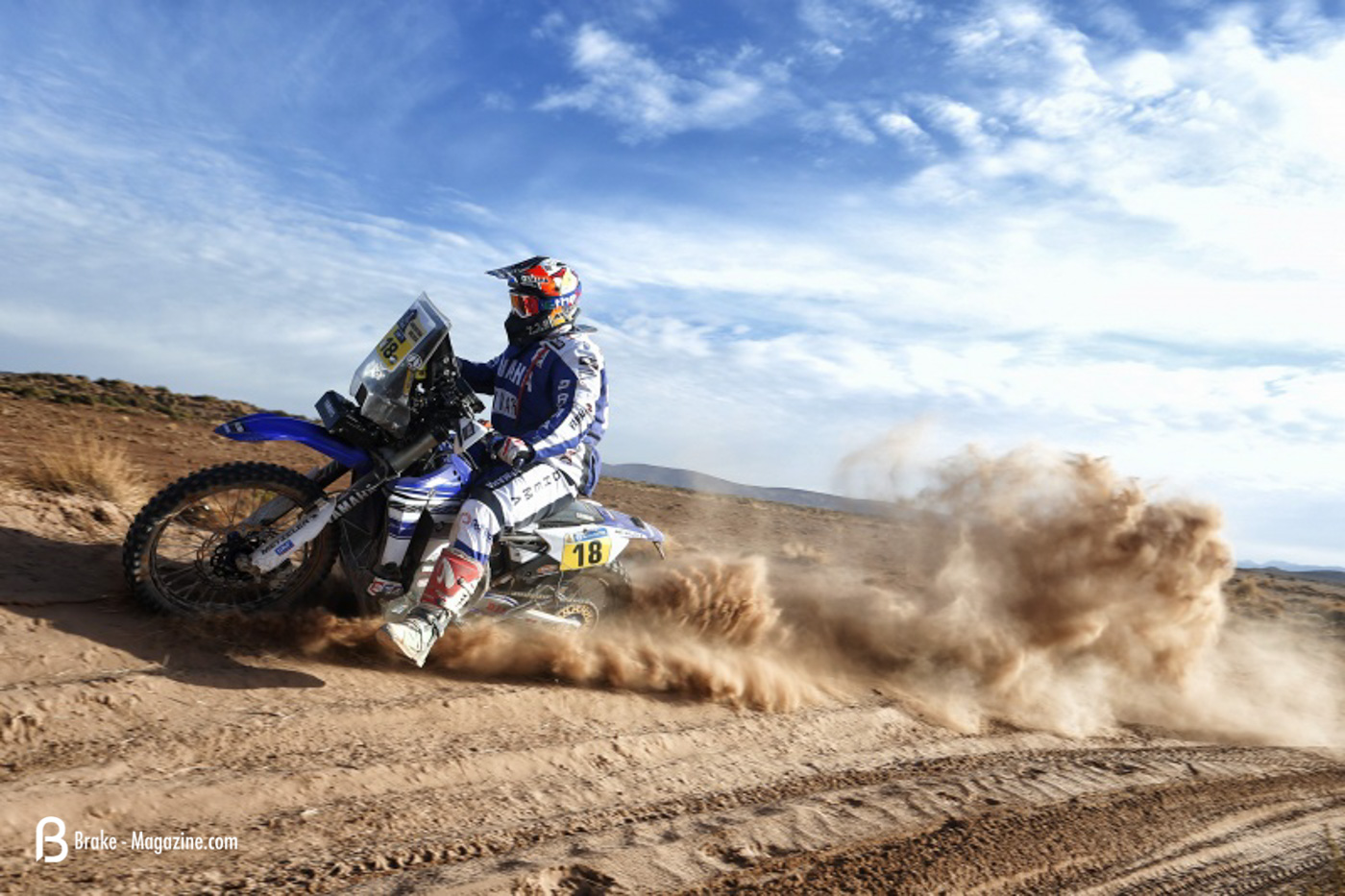 Stage Six of Dakar was brutal. The clean road at the front of the race was a world away from the endless torture suffered by the privateers at the back of the event where destroyed ground, fast cars and high speeds all caused problems.

In other news, it has come to light that Toby Price is not normal. Stage Six was proof of that and any doubters the Australian may have had will surely have been silenced. Leading from the front after his Stage Five triumph, the KTM rider paved the way and set the pace, crossing the finish line as the clear victor. The feat of winning from the front is virtually unheard in the Dakar, let alone doing so on a motorcycle and even a small collision with a cow stranded in sand was not enough to keep the hard charging Matthias Walkner at bay.

Paulo Goncalves only lost a small amount of time to the stage winner, despite suffering with strong headaches due to the altitude. The performances of both riders were those of men clearly ready to win the event. The final stage results also saw a definitive group of GC contenders begin to appear as the top six sit significantly clear of their rivals.

The huge average speed of the stage was also a large talking point as the altitude and hard Bolivian soil started to claim victims. In the last two days 13 riders have dropped out, more than in all the previous days combined. The highest profile of the retirees was factory Husqvarna rider Rueben Faria who broke his wrist in a crash.

Pre-race favourite Joan Barreda’s Dakar fell apart in Bolivia for the second year running after the Honda’s rider engine decided to obliterate itself. Just like last year the Spaniard worked with the team water carrier, this year Paulo Ceci, to tow the several hundred km’s to the finish of the event. They finished more than four hours behind the winner.

Riders dropped like flies yesterday and Stage Six was very much the same, claiming a number of riders to injuries. One of the stranger events centred around Alessandro Barbero, who crashed heavily and cracked his helmet. The reports are complicated to understand but it appears he was told by the organisation he couldn’t continue with his helmet in it’s condition and subsequently must return to the paddock via the truck liaison on his bike. It’s a baffling instruction if accurate.

In other news, Wessel Bossman from Lesotho, crashed heavily moving out of the way of a car, breaking his wrist, both hands and his elbow. Eric Croquelois also fell badly and was medivaced out following the loss of consciousness for between five and ten minutes.

The Malles Moto class still has six riders going strong, with the class lead currently in the hands of former MotoGP star Jurgen Van Den Goorbergh (48th overall). He currently finds himself almost an hour up second place Toia Diocleziano with Jasper Riezebos another hour back in third.