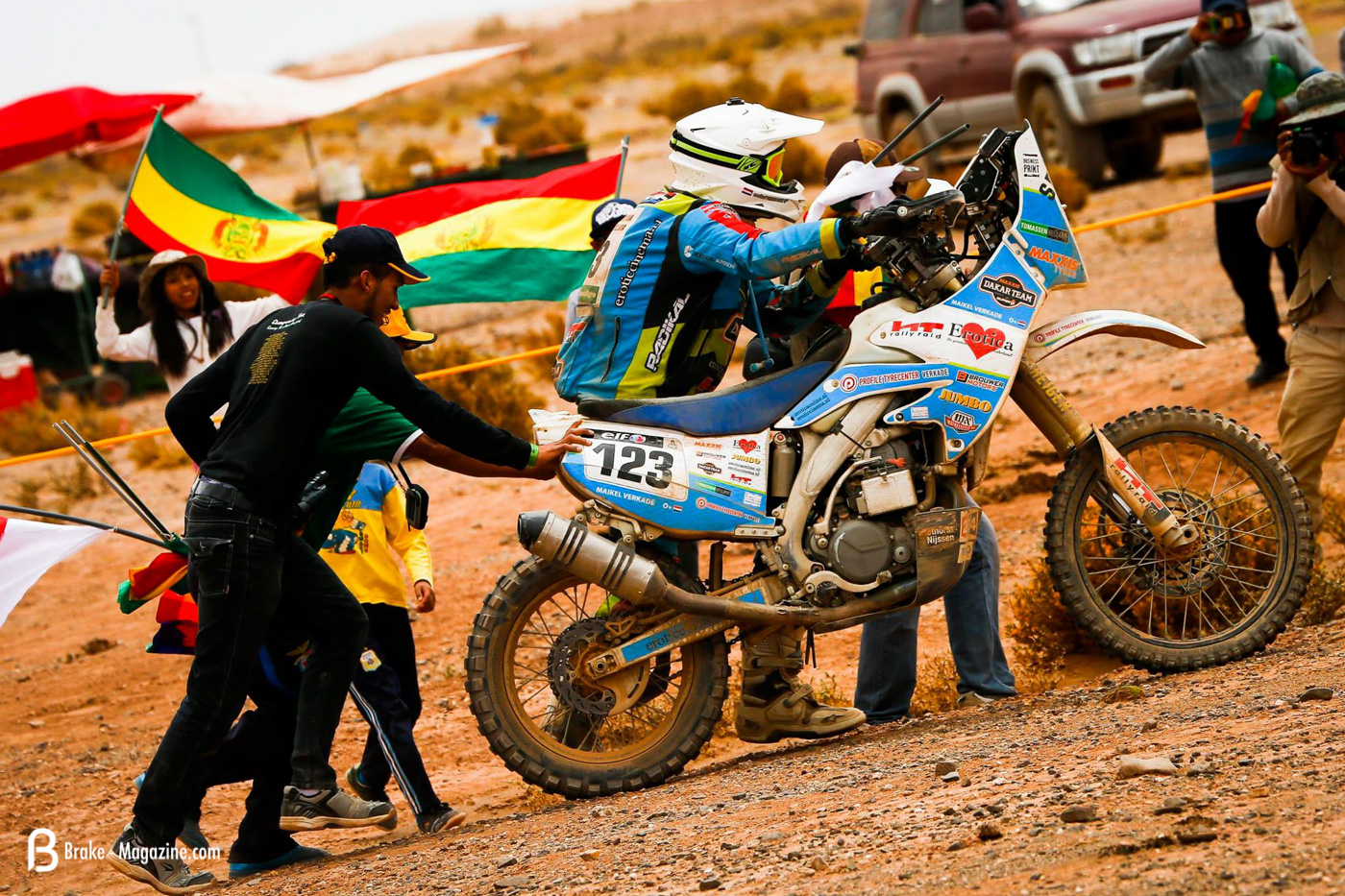 The General Classification
Toby Price decided Stage Five would be the day he’d remind everyone why he’s considered one of the best all round motorcycle riders in the world. Stage Five saw him pull back a substantial chunk of time as the rally reached it first difficult riding and navigation.

The Australian pulled an impressive gap over his Honda rivals in the last kilometres of the stage. The final results saw the KTM rider 2:33 up on Stefan Svitko, closely followed by Matthias Walkner in third. More importantly he gapped Honda’s Barreda by a chunky 5:57 and Goncalves by 8:54. The improvement from Price and Svitko shook the top of the GC up completely. Goncalves finds himself in prime position for tomorrows stage however, where he starts 12th and still has a slender overall lead. Incredibly the top five of Goncalves, Svitko, Price, Barreda and Walkner are less than three minutes apart.

Beyond that top five, the experienced Dakar racers started to pull themselves back toward the front, with Jakes and Rodrigues returning to the top 10.  Amongst the elite crew of riders, the fatigue and altitude is quietly taking effect as well, with many suffering badly.

Notably absent from the top 20 is Hans Vogels. Finishing 11th last year was mightily impressive for the Dutchman but with altitude rendering him physically sick on a number of occasions he dropped to 48th on the stage.

Ivan Jakes has had a little go at dirt sampling, despite his excellent stage time. The crash sounds as though it was pretty big, with his knee messy and bike bashed up. The news this morning was that he will ride. Likewise Ondrej Klymciw is also on the riding injured list after exploding whilst trying to pass Olivier Pain. His ankle is in pretty bad shape and has been strapped and injected with pain killers by the doctors. He utterly exploded his bike as well, ripping the rear fuel tank off.

So for today’s stage? Expect it to be fast as hell. The organisers are unlikely to make a stage this long and at high altitude too technical or with complex navigation. There are lots of areas around the Salar De Uyuni that can catch riders out, with hidden rocks and soft patches.

The Privateer crew are starting to come out in force with their hardiness and desire to finish. The My Dakar coverage on TV has been a great insight into this and only last night we saw footage of Manuel Lucchese taking a heavy dirt sample.

Brit Chris Cork also earned his stripes after his mousse failed and he was forced to ride 70km on the rim. It cost him a huge amount of time which included being told by the local police he couldn’t continue without a tyre. After hours of pushing forward he arrived at the stricken Pela Renet’s bike which he promptly robbed of it’s rear wheel and was able to continue. What a fantastic effort.