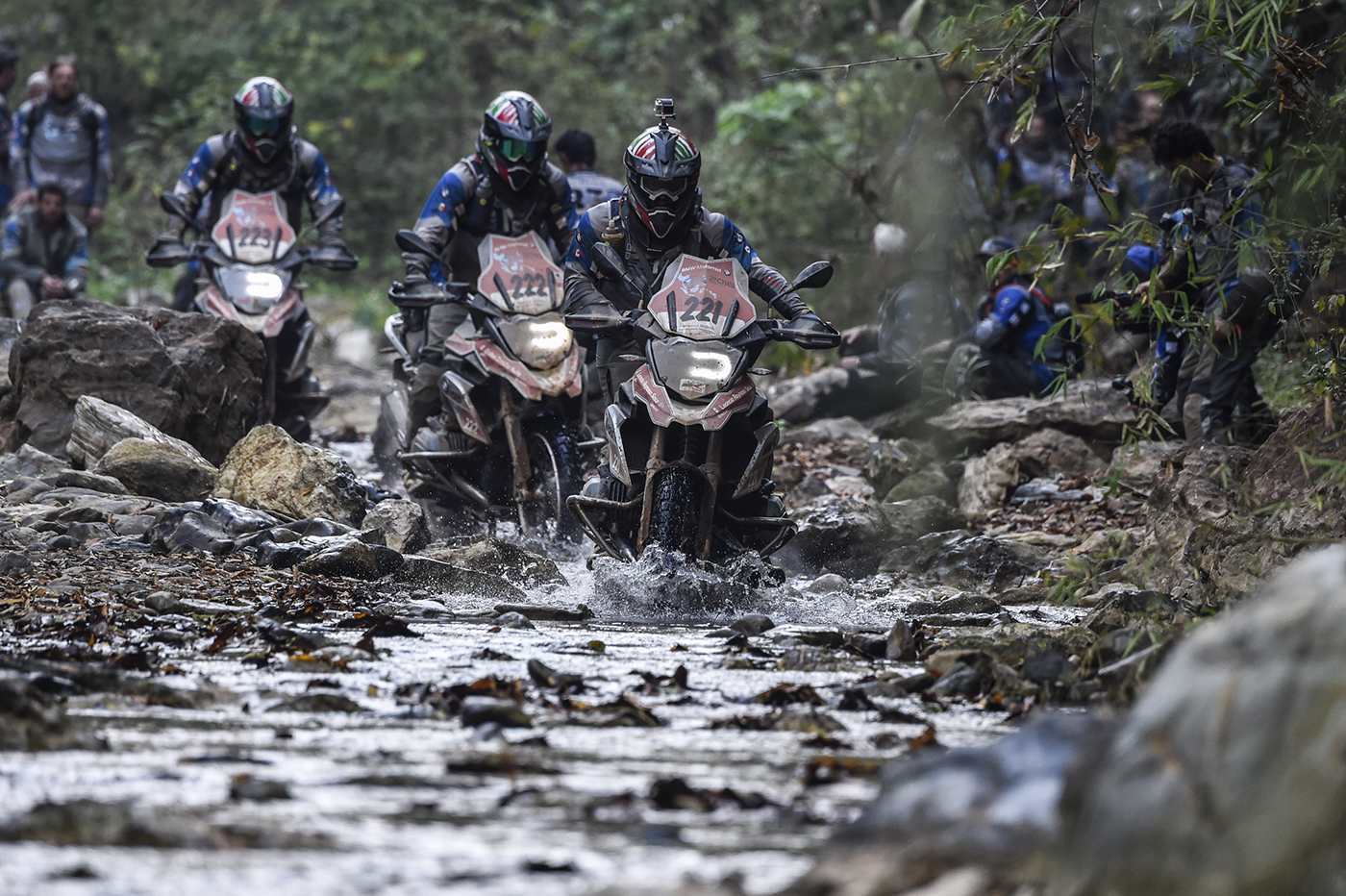 What the heck is that I hear you cry from the rafters? I don’t think anyone can be blamed for not understanding who or what the GS trophy is. I mean, BMW have spent a lot of money failing to tell people about this really cool event they run that takes people on sweet holidays around the world. In fact, we only know because the qualifier is ten minutes from our office and we covered it as one of our very first articles. You can watch that video above. The premise is pretty simple. BMW created the adventure bike riding world cup, only you have to be able to own a BMW to enter. Every two years they run a qualifier in a bunch of countries across the globe. The best three from the qualifier (which is normally run as a super fun riding weekend with a competition attached) are put together as a team and get an all expenses paid trip to somewhere exotic. Once there, they compete against all the other countries for national pride or something, get a load of free kit and ten awesome days riding a bike.

Since it’s inception in ’08 the GS Trophy has run in Tunisia, South America, Canada and Thailand. Now it’s going to Mongolia. For £99.00 (or some other some price in your country) you can enter the qualifier event, have a great weekend on a bike, eat a German sausage, drink beer and potentially win an all expenses paid holiday to Mongolia.

BMW are also super keen to promote female riders in the event. In the last edition they entered a female only team, where women were chosen from a qualifer run in South Africa with girls from all over the world. This year, the top three women that don’t make the national teams in each qualifer will be entered in the women’s team qualifier. Sounds like a pretty good deal.

I wonder what my eBay login is?

Registrations for the International GS Trophy are now open and all roads lead to Mongolia.

The path to the BMW Motorrad International GS Trophy 2018 for British riders begins on May 28 to 29 in South Wales, with BMW Off Road Skills hosting the UK Qualifier for this unique and prestigious event.

Registration is now open to all non-professional British male and female riders, eager to show off their riding skills aboard a BMW GS motorcycle and to represent their country in the final.

The eventual winners of the UK Qualifier will go on to represent the United Kingdom, get kitted out in BMW Motorrad Rider Equipment, flown to Mongolia – a dream location for adventure riders – and be provided with a brand-new personalised BMW R 1200 GS to use ahead of the adventure of a lifetime.

Each year the UK Qualifier attracts hundreds of riders, some working hard to chase the GS Trophy dream, while many others are out for a weekend of fun, improving their bike skills and enjoying the camaraderie of like-minded riders.

Selection for the final in Mongolia is based on a points system. The UK Qualifier is made up of a number of events and challenges from which riders will earn points.

After its success in 2016, an all-female team will again compete in Mongolia, but with a revised qualifying format for selection. Women will compete on equal terms with men at the National Qualifier rounds with the top two proceeding to the International GS Trophy Female Qualifier. As before, the best of the best will then go head-to-head for a place in the International GS Trophy Female Team.

Information on the 2017 BMW Motorrad GS Trophy UK Qualifier can be found here.

Information on the 2018 International GS Trophy can be seen here.

Full information on the 2017 models and images are available for download via BMW Group PressClub at www.press.bmwgroup.com.

For more information on BMW Motorrad products, or to find your local BMW Motorrad Retailer, visit www.bmw-motorrad.co.uk or call 0800 777 155.