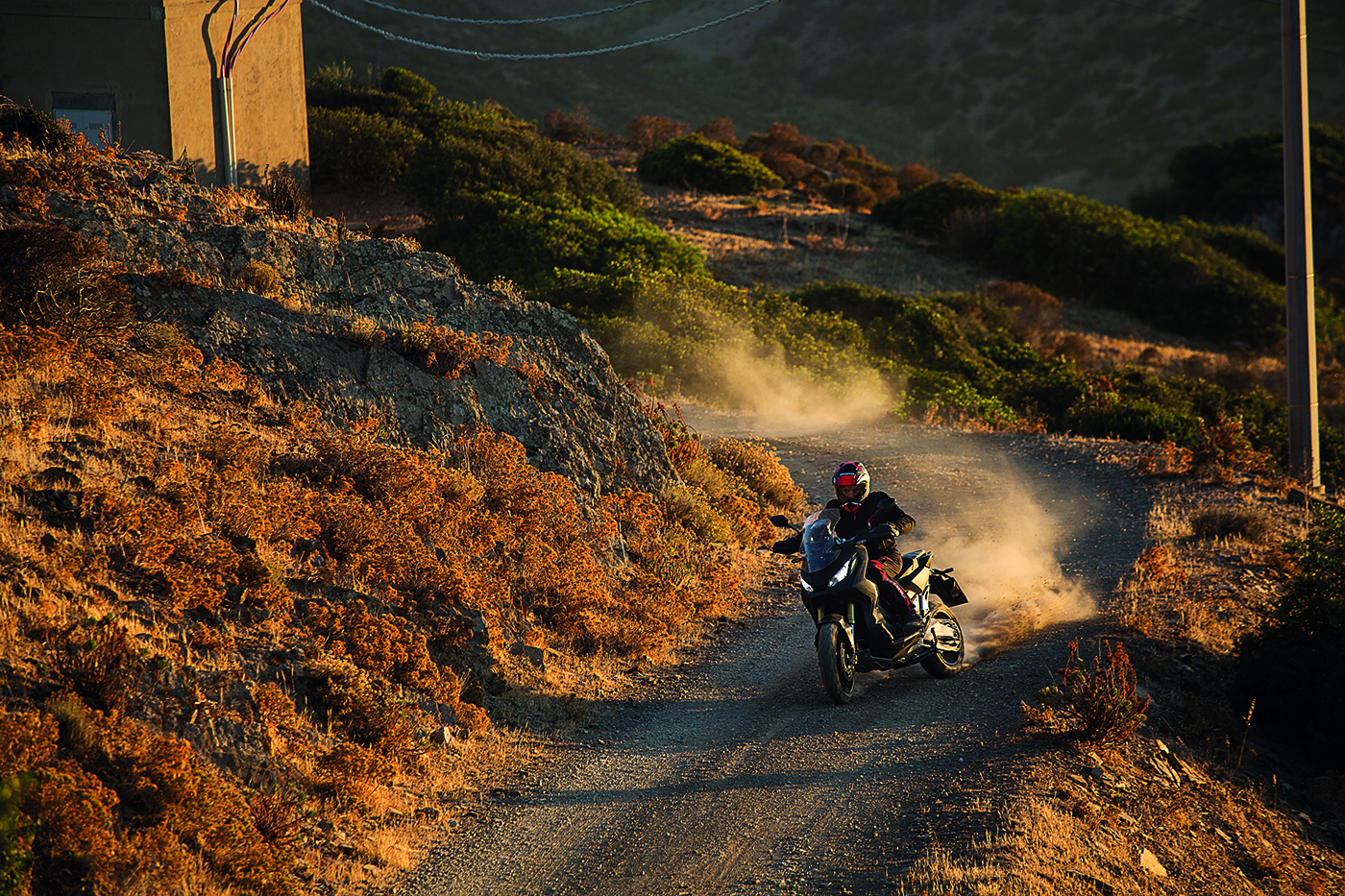 Wait. What? An adventure scooter? Surely someone in Honda is taking the Michael? Is this worst example of jumping on the bandwagon in the history of motorcycles? I mean, even when sports bikes were huge, people weren’t out making scooters they claimed could rule MotoGP.

We can at this point safely assume Honda aren’t pulling our legs , they’ve even given the thing an adventurey name, the Honda X-ADV. They are genuinely building a scooter with Adventure in the model name somewhere, meaning the world has truly gone mad.

I mean, can you see yourself walking into the dealership and forming the words, “You sir, sales person. I wish to purchase that delightful scooter from the bandwagon train. It will be the vehicle upon which I will travel the globe, riding horribly difficult paths into the depths of the jungle to seek out lost civilisations and…”

I’m sorry, I got carried away. The point is, when Honda first suggested an Africa Twin, we wet ourselves. Yesterday they tried to spoon us a video of the Africa Scooter and I had to watch it four times to make sure this wasn’t an April fools joke. I mean, according the press release the thing even comes with ‘the spirit of adventure’ installed as standard… That doesn’t even need me to take the p*ss out it.

The whole concept looks as if they’ve taken us all for mugs, as though they feel like telling us something is a good idea will inadvertently transform a turd into gold. You cannot make gold from sh*t. My high school science taught me that and I refuse to be convinced putting bigger wheels and a foot forward position on a NC 750 is a good idea. You can do skids on a T-Max if you try hard enough and you can ride anything, literally anything, down a dirt road but that doesn’t make it adventure. What makes it adventure is actually being a theoretically capable, flexible, far reaching travel machine.

I may yet eat my proverbial hat and be sat on a scooter in 18 months time professing about the incredible travel machine it is but right now it’s bloody ridiculous and Honda should hang their heads in shame.

What do you think? Leave your thoughts in the comments. Wittiest answer gets a thumbs up.