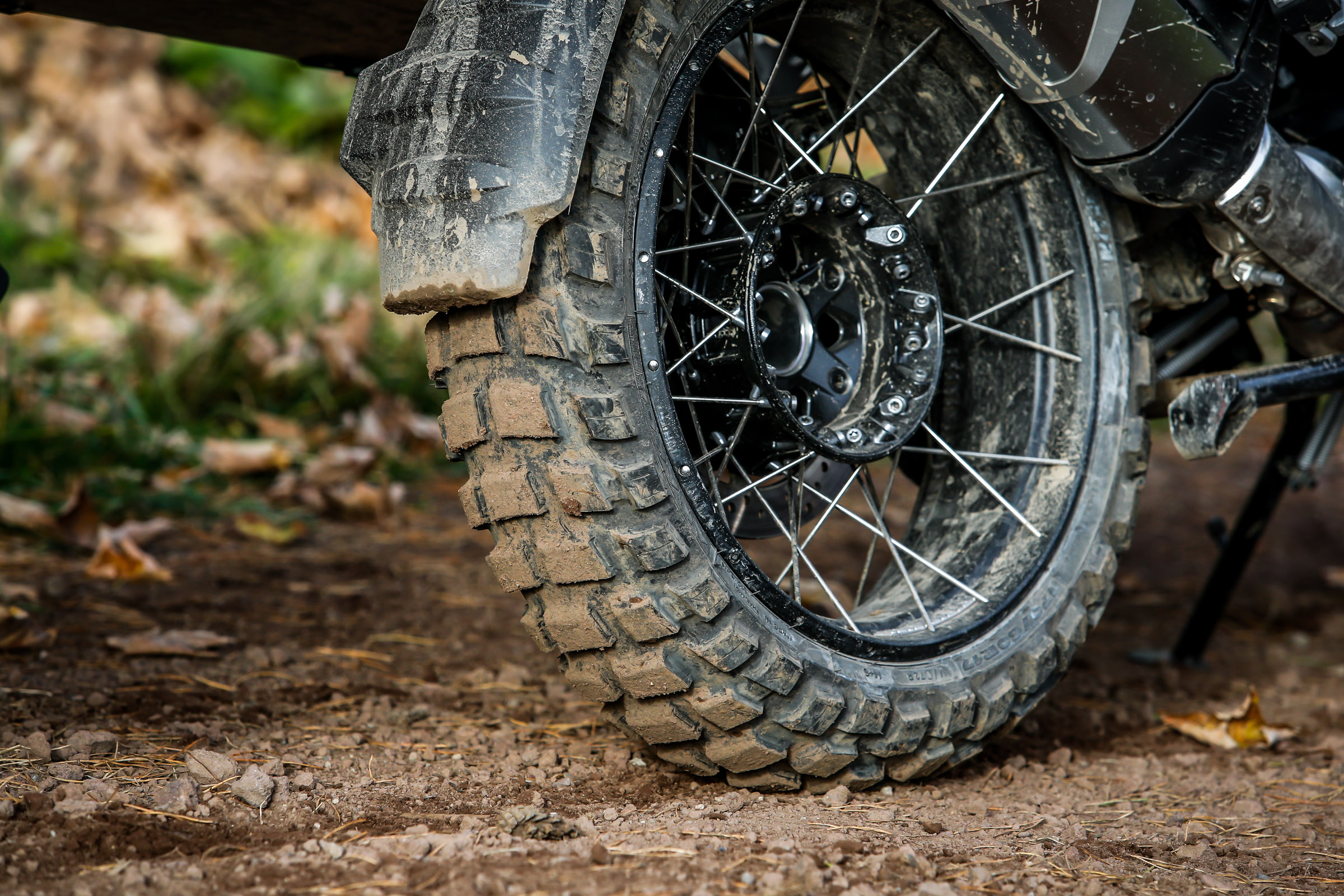 Michelin’s step into making a true all-round adventure tyre has been a long time coming. Metzeler and Continental stepped the game game up several years back with the Karoo 3 and the TKC 70, and between them and companies like Mitas and Heidenau there is pretty much a tyre for every type of rider.

The Anakee Wild is laid out as a 50/50 tyre, with a tread pattern that is derived directly from the extensively developed and incredibly successful Dakar winning Desert Race. It’s a tyre that manages to deal with high heat and long, harsh racing mileage. Michelin’s official release infers the main aim of Anakee Wild is to address the short comings of their existing competitors.

Truly off road friendly Adventure tyres have typically been a trade off between wear and grip. On top of that, wet road grip has always been lacking. Tyres such as Continental’s TKC 80 are good examples of this and while still a great tyre on certain bikes, it suffers from premature wear on more powerful bikes and leaves a lot to be desired once the skies open. Michelin claim that the Anakee Wild will combine excellent mileage through a resistance to overheating and wear. This will be achieved by changes made to the ‘tread composition and optimised tread depth’. Overall, the pattern is somewhat closer to an off-road tyre than it’s competitors, with the loser block pattern resembling the Michelin T 63.

For development Michelin joined forces with travel company T3 Aventure and utilised their long distance tours as a testing platform. Using the typically brutal, BMW R 1200 GS, the French crew and their customers have ridden through Central Asia, South America, Southern Europe and South Africa to a total of 40,000km per bike.

What Do We Think?

On the surface it seems like Michelin have headed in a great direction. When the Metzeler Karoo 3 first arrived, the mix of performance on and off-road was staggering, but it did still have shortcomings. The quality of adventure tyres is very strong right now and the Wild will have to be good to stand out.

The most exciting aspect from our perspective is in the staggered shoulder blocks. Adventure bikes are typically tough to ride in mud and that is directly related to tyres that don’t clear mud well and possess a lack of side bite. Ultimately we’ll have to wait until the test but on paper we’re really excited about it. Michelin adding a new tyre, especially if it’s good, will drive more development, which for us as consumers is only a good thing. It also is another great marker that big brands see the off-road side of the Adventure market as worthy of investment.

The Anakee Wild will be available in the following sizes.

For more on the Michelin Anakee Wild click here.