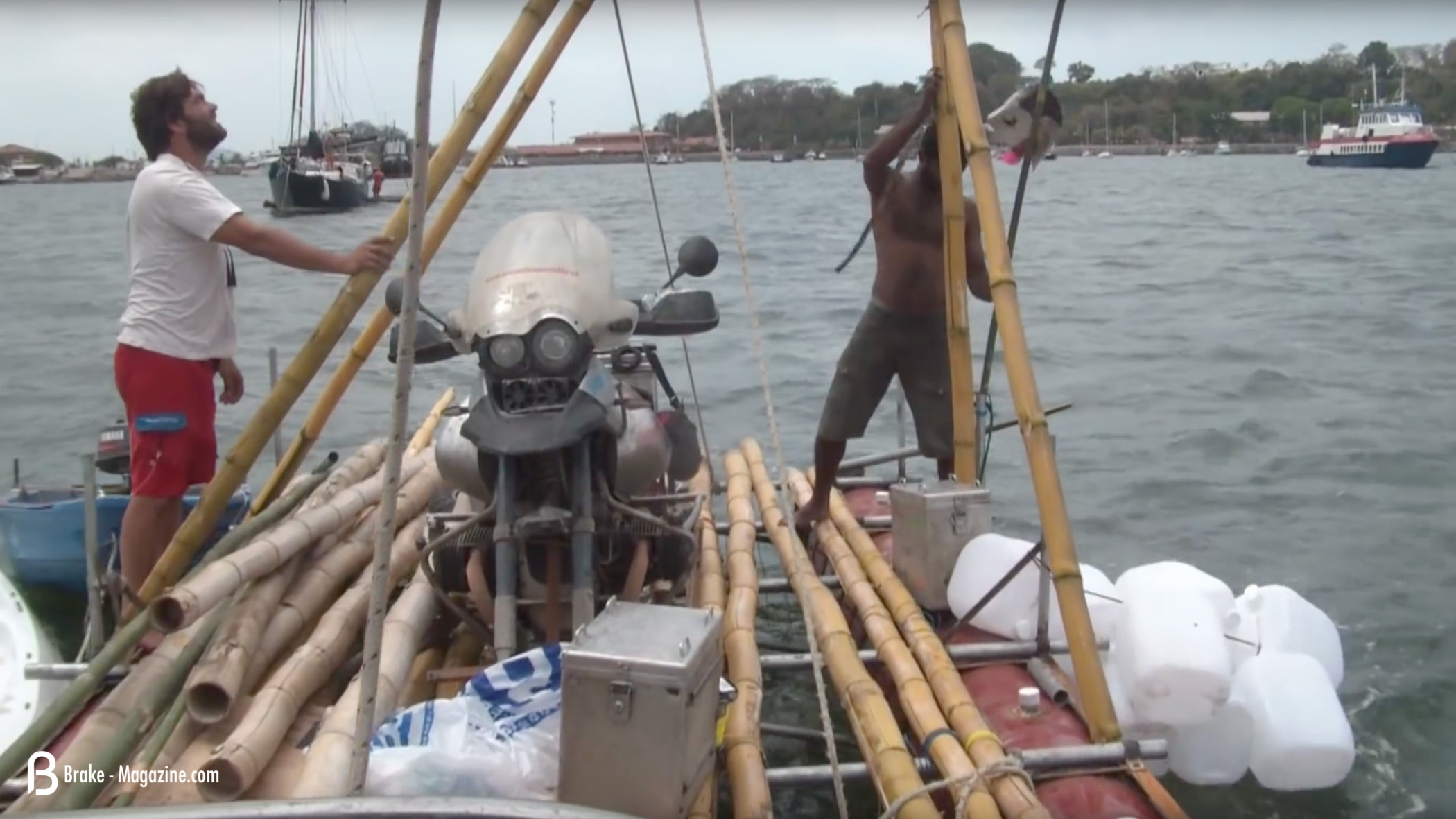 Newsworthy – Would you ride a GS in the open sea?

The Darien Gap is one of the most famous Adventure spots on earth. It is widely regarded as an extremely difficult piece of land to cross by any means. Over the years a number of successful crossings have been made by foot, car and bike, however all are arduous, very difficult and slow moving. As such, the overwhelming majority of people decide there are better things to do than sweat in a jungle, dying of insect bites and being shot at by drug cartels.

One particularly engrossing and famous account of what a bad place to visit the Darien Gap is the book ‘The Cloud Garden‘ by Tom Hart Dyke and Paul Winder, who were taken hostage when hunting rare orchids and adventure.

It has become accepted the Darien Gap is generally best avoided and shipping the yourself via air or sea is the best way around. However, upon realising that he couldn’t really ride any further up the America’s without going around, Dylan Samarawickrama, arrived at the conclusion that the best way to circumnavigate this problem was build a raft around his GS. We can’t argue with that, it seems like a plausible solution.

We don’t think much more needs to be said about it. He obviously doesn’t die, he wrote a book about it which you can purchase by clicking here.  Watch the video above, it’s worth every second.

Subscribe to Brake Magazine for free!
Did you like this article? Brake is an independent magazine, producing free content online. We aim to make detailed, honest, quality content. The downside being that it comes at a cost. If you would like to support our reviews and travel stories, you can do so for a little as the cost of a coffee. Thanks for reading!