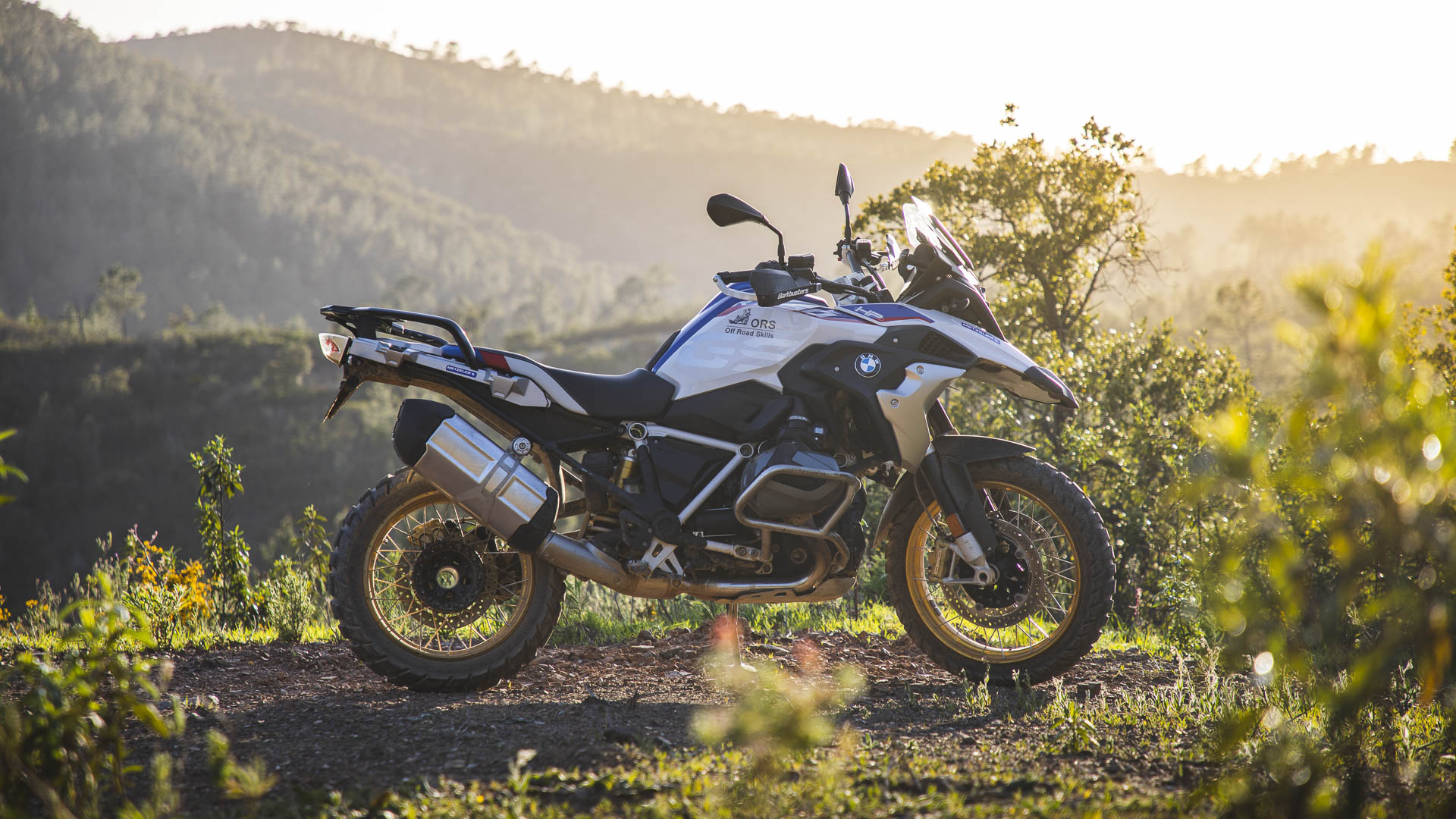 To watch the R 1250 GS review click the play button above.

The R 1200 GS was a beast of a bike. It still is an epic bike. Wether you’re a commuter, weekend warrior, tourer or hardcore adventure rider, the R 1200 GS had it all. It’s one of our favourite bikes to reach for in the garage and BMW have brought it into the new Euro emissions in style. The R 1250 GS is going to go down as a bike that’ll be remembered for a very long time and with damn good reason.

Once in every generation of bikes, a model stands out. In the early 90’s it was the fireblade. Go back further and it’s some model of bike I don’t remember. The GS model range has been a good bike since it first hit showroom floors in the 80’s, but then it was weird. It was still weird all through the 90’s and 2000’s. The bikes were getting better but they were still lumpy and out-ridden by the hype and performance of street bikes. The gateway was creeping open to a new era. In 2013, the GS range finally burst through. Here was a bike with sticky out cylinders, a leading link front end and more technology than any of us thought it needed. It was frickin’ incredible.

I think at the time, no-one in the industry knew just how good it was. It’s also really tough to articulate. When someone asks why you need it and how it can be good, finding the words is tough. The only other bike close to the versatility of the GS at release was the amazing and ridiculous 1190 KTM but the GS was user friendly to the point that nervous, new riders could get on and have a great ride. If your had experience and skill, the GS was equally as incredible to ride. This huge, 240KG bike was just better than what came before. It worked and has since been the gateway drug for an entire new segment of motorcycle to explode. While it’s not for everyone, the motorcycle industry stood up and paid more attention to those of use that like bikes to be good at everything and now in 2019 we’re spoilt. We’ve got a set of bikes that rank from upright sports tourers like the Multistrada 950, to the new, heavily off-road focussed KTM 790 Adventure R.

New Euro emissions and the increased sales of other brands have forced BMW to keep pushing. Hence the update to the new “1250” moniker. It’s a little bigger and now features variable cam timing. As BMW have with the boxer over the last few years, they’ve done an incredible job of the whole bike. It’s impeccable in its performance, feeling more refined and more fun to ride than ever. The chassis didn’t change, the suspension got updated and the TFT screen is standard. There will be the inevitable moans about too much tech, too much weight and so on but when you put your bum on the seat and ride the R 1250 GS without preconception it’s an incredible machine. BMW need to be applauded for continuing to stick to their guns on this one. Don’t misunderstand us either. There are plenty of other incredible options, some more focussed, some just the same but the GS has become the benchmark with good reason. The R 1200 GS is a masterpiece of motorcycle that’s changed our industry for ever and the new R 1250 GS took another step up the ladder.

Watch our review above and let us know in the comments. What do you think?