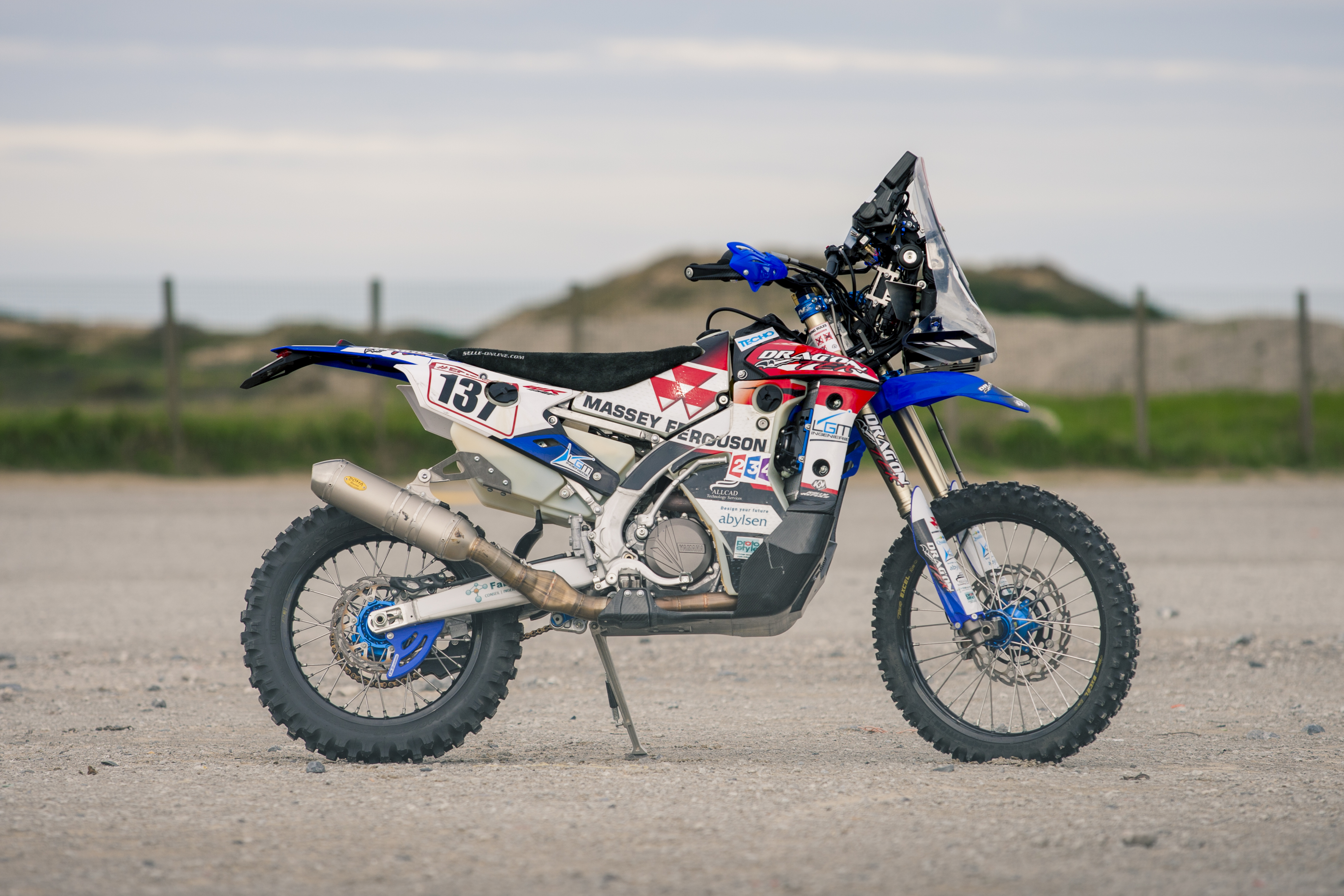 To watch the video review of the WR 450 F Rally Replica press the play button above.

Rally bikes are works of art. They are a step above your normal production motorcycle. Every aspect is meticulously designed for a single purpose. They push the limits of what we thought was possible from a motorcycle and more specifically, what we thought was possible from a smallish bore, single cylinder four stroke. We headed to Northern France to test Yamaha’s customer version of their Dakar stage winning motorcycle.

This isn’t your normal bike review. It’s more of a ride experience than a technical breakdown of how the fork feels mid-corner on a smooth gravel track and so on. The primary function of a full blown Dakar bike is that they aren’t meant to do the things normal bikes are. They’re terrible on the road with average wind protection, the hardest seats on earth and a lot of vibration. They aren’t public friendly, they’re racer friendly.

Racers will forgo the creature comforts in the name of performance. You’ve never seen a Tour de France racer with a big, comfy gel seat on their bike and you’ll never see Dakar raced on an adventure bike. For a start, Dakar has a 450cc limit. It was designed to make the race safer and it has, but it didn’t stop the bikes being as fast as ever. Over the last few years speeds of nearly 190km/h have been recorded on the dirt…

Dakar bikes are purpose built, with huge time, research and design going into making a machine that sits at the pinnacle of engineering. There are very few race machines capable of the power output and longevity that the manufacturers have achieved. The race is 10,000km long and the engines rev to around 10,000rpm and produce around 70BHP. It is undoubtedly impressive.

Even more impressive is that Yamaha and the Drag’on Tek team have built a bike capable of winning stages and fighting for the overall win consistently, out of a stock Enduro bike. KTM and Honda have both taken the special build, prototype style approach to winning the event and dominated the last few years. Smaller brands such as Sherco have poked their head through the door but Yamaha have joined them as genuine contenders.

“The engine is upgraded with a new gearbox using stock ratios, a new, stronger piston design and new cams”

They do it through a host of hefty changes to the the bike that a long way to explaining €27,995.00 price tag. First on the list of changes is stability. This is improved by extending the swing arm by 2.5cm (1 inch) and changing the stock triple clamps for Neken clamps with a custom offset. A Scotts steering damper is also used. The engine is upgraded with a new gearbox using stock ratios, a new, stronger piston design and new cams. The wiring loom is removed and replaced with one from Yamaha’s YZ 450 F and matched to a customisable GET Ignition is added new fuelling maps. The exhaust has a big diameter, is very straight and built by Doma (the sister company of Drag’on). The full factory version uses an Akropovic exhaust. The radiators are replaced with oversize units and a fan and oil cooler system is added.

The frame has new lugs welded on to fit the fuel tanks and the navigation tower. The sub frame is cut and reshaped to be stronger too. The tanks are deigned and the moulds owned by Drag’on, but the production is by Acerbis. They have four tanks totalling 31 litres; two front, the stock centre tank and one rear. Fuel is delivered via two separate pumps that can be switched between, so you can drain the front or rear tanks as you wish. The footpeg also has a mount welded to the hanger for the huge carbon sump guard to mount to. On the Factory Race bike this is a billet footpeg hanger rather than a part welded on.

The suspension is also re-sprung and re-valved. The bike uses stock WR 450 F KYB components. This is the biggest difference with the full blown Factory machine. The Official Yamaha Team are using in-house designed suspension to get the job done. It’s a completely unique fork using a KYB cartridge and their own shock built from scratch. You could buy it if you wanted but the forks alone cost nearly €4,000.

Last up on the list of changes is the bling. The wheels are replaced with Hahn wheels, using a cush drive in the rear hub. The front brake is a 298mm MotoMaster oversize disc and the three litres of emergency water is contained in the swingarm. All of that and more than one hundred hours of building time gets you to the Yamaha Rally Replica…

What do you think of it? Throw your questions down below and we’ll do our best to answer them. Also, watch the video below. It’s really cool. We know, we made it.