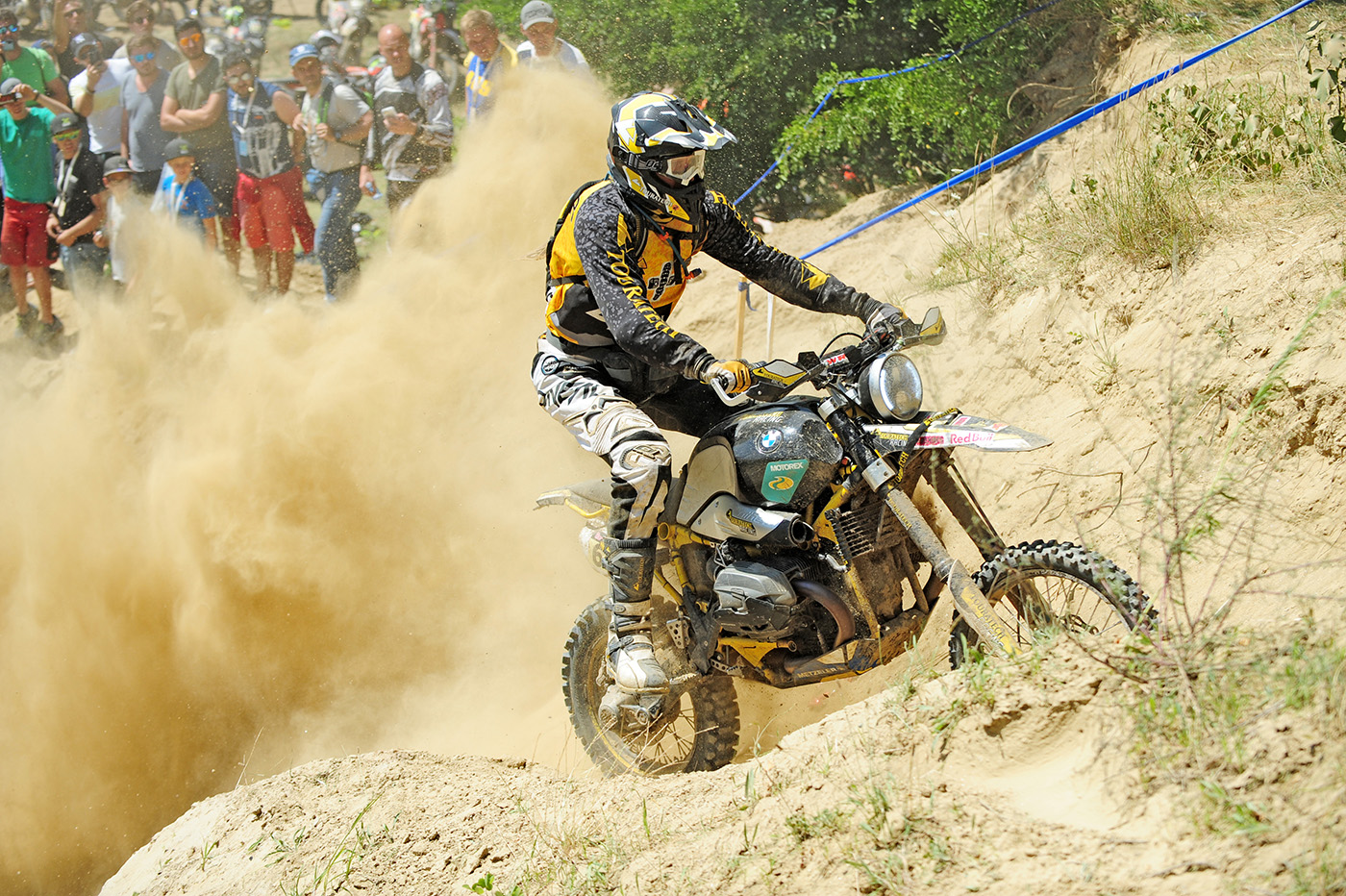 Llewellyn Sullivan-Pavey
News
August 15, 2017
Touratech have a history of wild bikes. Most recently, they built their attempt at an HP2, the Rambler. It looked incredible and ticked so many boxes that adventure bikes miss. It was hardcore off-road, had long travel suspension and tipped the scales sub 200kgs.

Following on from that, Touratech dug out their angle grinder and set about building a bike to tackle the off-road racing’s toughest enduro, Redbull Romaniacs. Redbull Romaniacs is a four day ‘hard enduro rally’ through the mountains of Romania. It is brutal, savagely technical and incredibly long. In just four day riding, the winner will complete around 35 hours of racing.

Want to know more? Watch the video below.

It has never been raced by a twin cylinder bike prior to 2017 because, frankly, it’s a terrible idea. The event is savage for mere mortals on full blown off-road bikes. The race is dominated by 100kg two-stroke 300cc machines, not R9T street bikes. This year both KTM and Touratech threw that rule book out and came equipped to see if it was possible to finish in the Iron Class.

Out of those two bikes, the more ridiculous was Touratech’s BMW chopped up thing. It wasn’t exactly pretty, but it did the job. Gerhard Forster finished an incredible 14th. Until the final day he’d been sat in an impressive 5th place. Mechanical trouble saw him loose an hour and a half on that final stage.

To build the R9T into a raceable machine,  Touratech put some serious effort in. They threw away everything bar the tank, base frame and engine. In went a set off-road sized 18 and 21 inch wheels and ‘highly solid rims’. The suspension was produced by Touratech Suspension as well as the triple clamps and rear sub-frame. The rear cowling, seat and cockpit were all specially developed, with the plastic parts being made by Touratech’s affiliated company TT-3D. They also heavily modified the shaft drive.

What do you think of Touratech’s R9T? Let us know in the comments below.