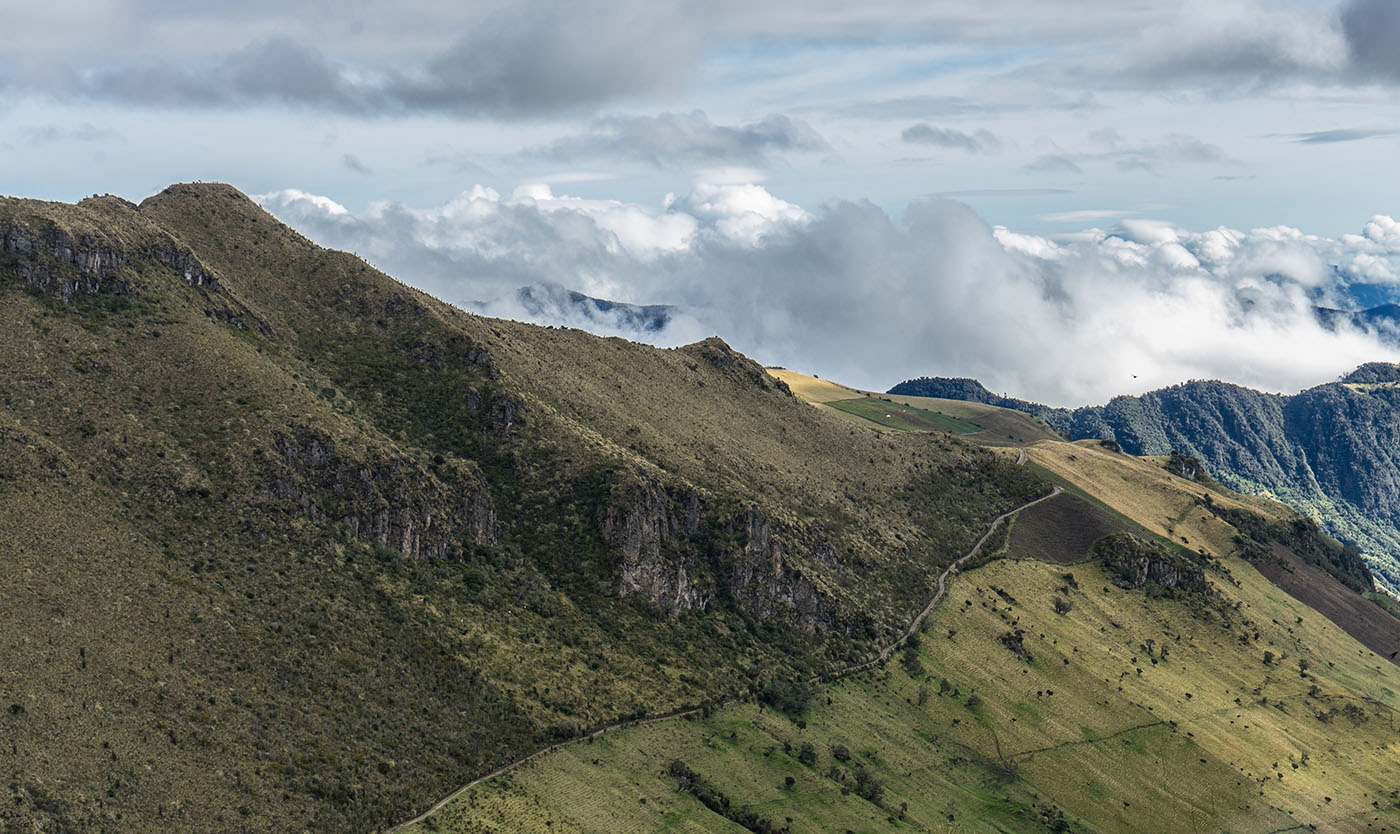 Colombia is phenomenal. Stunning mountains, lush green forestry and roads that provide some of the most rewarding riding in this part of the world. Over the course of 8000km, Aram Balakjian set out to find Colombia’s most incredible rides.

Barely visible on a map, this high altitude trail runs alongside the national park Los Nevados and will take you on a magical journey through immense rock formations, steep waterfalls, deep blue lakes and alien-like plants. For the most part there is no sign of human life and the rough track crosses streams, deep rutted dirt tracks and runs alongside steep precipices. Often you will find yourself winding into and out of clouds that will make it feel as though you are riding through the sky.

At 2000m deep, Chicamocha Canyon is Colombia’s own ‘Grand Canyon’ and the road which sweeps and winds through it is simply a joy to ride. The perfect surface, the endless curves and the stunning scenery – if there is one road in Colombia that will remind you why you chose to ride a motorbike, this is it. It is also well worth leaving time to stop at the National Park which sits at the summit where you will find restaurants, hiking trails, paragliding and stunning 360° views of the Canyon.

One of the most famous routes in the world, the Pan American Highway spans 30,000km, all the way from Alaska to Patagonia. While the majority of its route in Colombia is uninspiring, this 60km section sweeps along the side of a stunning deep arid canyon. Surprisingly low on traffic and for the most part a great surface makes this a superb ride.

4. The Trampoline of Death

Built to transport soldiers at the height of Colombia’s civil war, the ‘Trampoline of Death’ cuts an almost impossibly steep route through the countries jungle covered mountains close to the border with Ecuador. It got it’s name for good reason; it is Colombia’s most dangerous road where 500 people lost their lives in 2011. The narrow, dirt track is used by trucks, busses, cars and bikes alike and, while it has had some additional barriers added in recent years, drivers remain largely unprotected from the huge precipices, landslides and extreme weather that plagues the route. Catch it on a good day however and it offers an exhilarating and truly adventurous riding experience unlike any other in Colombia.

Tatacoa Desert is actually a tropical dry forest and a stunningly different landscape to the rest of the already varied Colombia. As you descend from the mild mountain town of Alpujarra, the landscape transforms around you; trees are replaced by huge cactai and the green fauna by bare rose coloured rock, while the temperature increases well into the thirties. As the road turns to dirt, you sweep into the vast open desert, free to explore a truly intriguing landscape. Just don’t forget your suncream.

Connecting the country’s famous coffee region to the capital, this is Colombia’s busiest road, with large trucks crawling along almost back to back at all times of the day. Yet, far from being a biking nightmare, dipping and diving between the slow moving trucks becomes great entertainment. The presence of “corner boys” directing traffic at each hairpin, hoping to catch a little change in their upturned caps in return for their efforts, creates a unique atmosphere for which there is no better way to experience than by motorbike.

Descending down towards the scorching valley that runs in between the two huge mountain ridges that span the length of the country, this quiet road offers far reaching views across the valley and seemingly endless twists and turns for maximum enjoyment. Choosing between the strict focus of riding hard into the corners and the relaxed enjoyment of the views is so hard that you you’ll probably want to go back and do it all again.

La Guajira is South America’s northern tip and one of the few places on earth where a desert meets an ocean. In this sense it is more of a destination than a particular route, although the sandy track that brings you to the village of Cabo de la Vela from the main artery road is as beautifully barron as they come. Once there, exploring the landscape by bike is an incredible reward. The views of yellow dunes, deserted golden beaches and jagged cliffs are met by the deep turquoise of the Atlantic ocean. The dry, powdery sand can prove a challenge and off-road biased tyres are recommended. It’s also worth noting that when it rains, the roads into and out of La Guajira become a muddy mess making access on a bike difficult