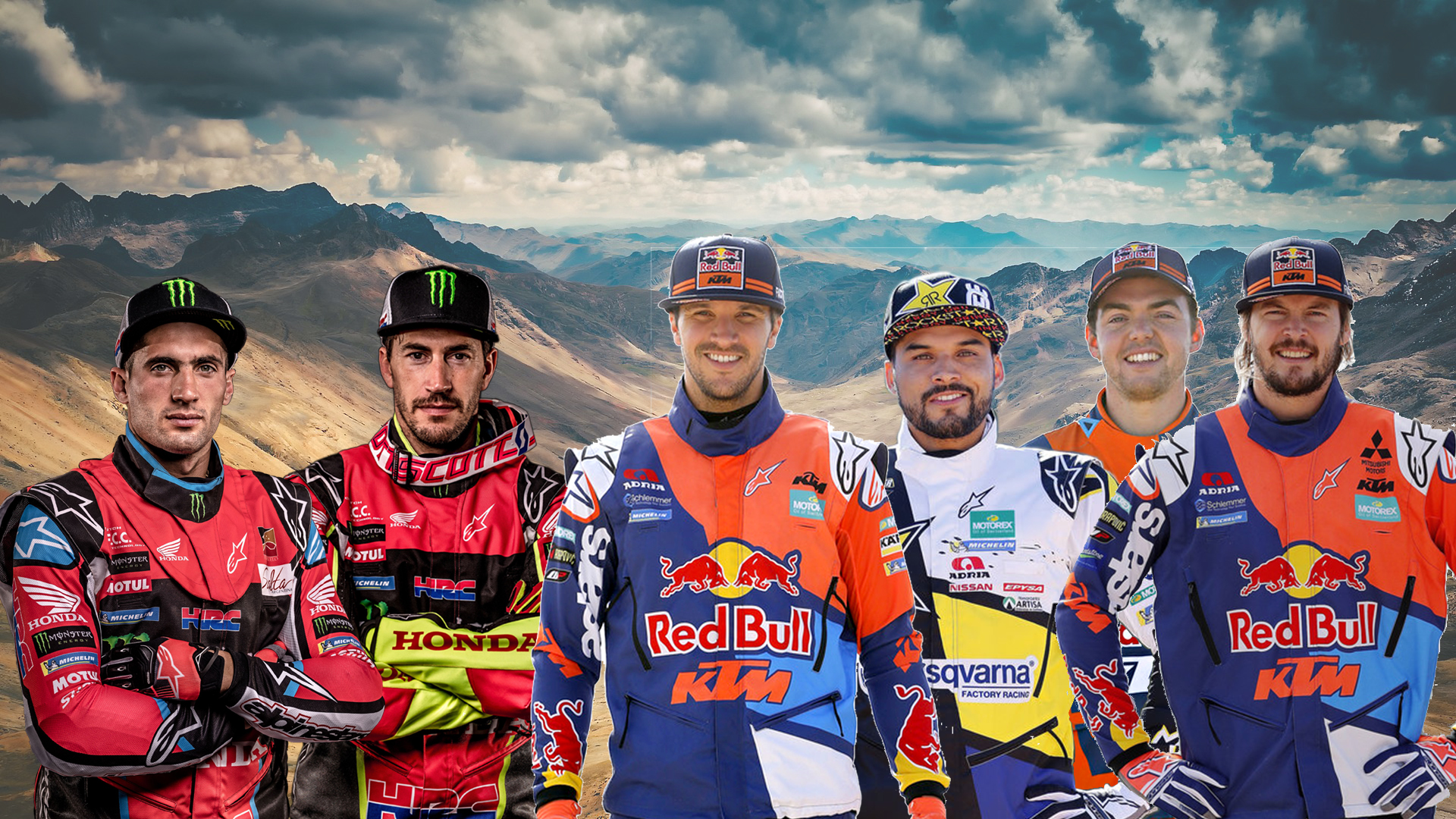 Click the play button above to watch the full video.

The Dakar Rally has had an explosive few years. Three years back Cyril Despres retired from racing motorcycles across the desert. It marked the end of a decade of predictability in the world’s toughest motorcycle event. For a whole ten years, Marc Coma and Despres won every single year. They finished their careers with 5 wins each, an incredible feat of motorcycle skills, navigation prowess, fitness and all round desert craft.

What they left behind was a free-for-all of incredibly fast, inconsistent or inexperienced rally racers. KTM had 15 years of immense success under their awning, Honda were chomping with a fast bike and faster riders. They didn’t get it done and an Aussie man with a mullet, rose from the dust to whoop everyone.

Year two of the new era was even more incredible. Brit Sam Sunderland rode the perfect race. He won just a single stage, at the perfect moment and spent more than a week with the weight of the best rally riders in the world hunting him. It was his first finish and a performance so mature Coma would’ve been proud. He put his name in the record books as the first Brit to win the event in any capacity. The UK press didn’t care.

And despite that incredible race, Dakar is still wide open. Unlike three years back, there is a more consistent look to the top of the race. It’s dominated by KTM, Husqvarna and Honda, with a gaggle of Yamaha riders playing catchup with their bike. Behind that front few you’ll find some of the best off-road motorcycle riders of the last decade. We’re talking World Championship Enduro Winners, Trials World Championship Riders, Baja 1000 winners and one of the finest motocross riders in a generation. They’re the guys scrapping for the top 20 positions.

On top of that outrageous depth, the race itself has changed. Marc Coma is the sporting director. He’s in charge of the route and he’s making the race even harder. Last year the navigation was tougher, amplified by new rules and it caused carnage. It should be tough and it was.
This year isn’t looking much different. The race is returning to the super soft sand of Peru, for more days than ever before. It’ll then head high, for five days at over 3000m above sea level. The altitude and the cold will take their toll on the riders, before they head into the gruelling heat of western Argentina and that legendarily soft Fiambala dunes.

In 2018 the Dakar will have more sand than it’s had in years, it’ll have two marathon (non-assistance) stages and the route is guaranteed to claim many victims. For every guy who has the potential to win, another will not finish. Expect the unexpected. Expect phenomenal scenery and stories of incredible fortitude as every single bike struggles toward the finish.

If you’re interested in watching the Dakar and keeping up you have a few options;

The jump over to Redbull TV for some sweet, free daily coverage -> https://www.redbull.tv/live/AP-1TPGKRJUD2111/dakar-rally

Watch daily updates from the organisers on their Youtube channel here -> https://www.youtube.com/user/dakar

And lastly, you can catch it on Eurosport daily in Europe, or purchase a super cheap month of their online content. In the USA you view it on NBCSN and in Australia on SBS.